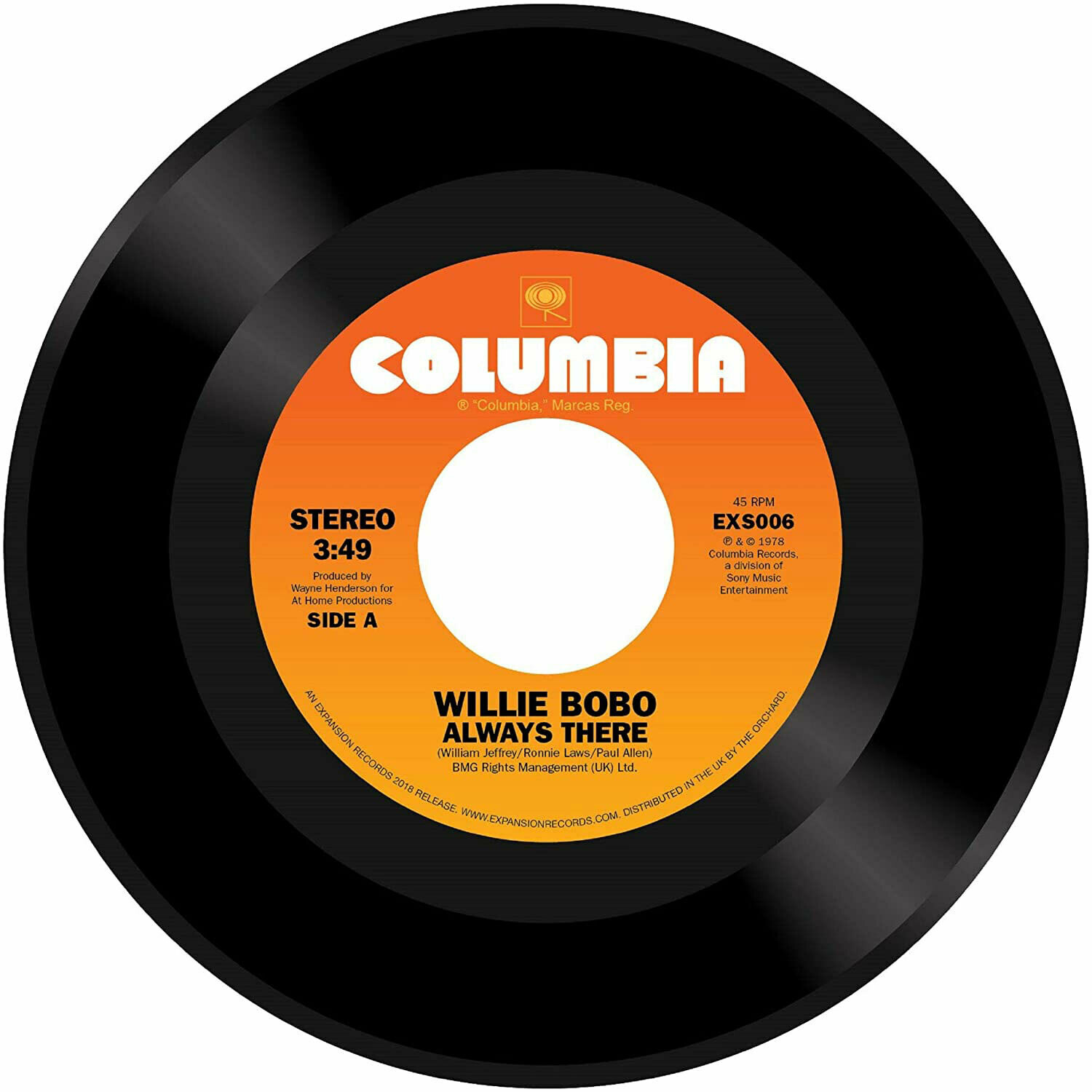 Willie Bobo was a Latin jazz percussionist from New York who recorded over 20 albums between 1963 and 1979. During the 70s jazz funk period he recorded a version of "Always There" to rival the Ronnie Laws original as the definitive version becoming a dance floor favourite. The album and extended 12" versions have been reissued many times, now here's a first issue of the more compact 7" version which has become more in demand recently. It is coupled with an extremely popular vocal track "Comin' Over Me" featuring singer Errol Knowles. It is the first time this song has been released on 7". Willie's son is Eric Bobo, a member of Cypress Hill.