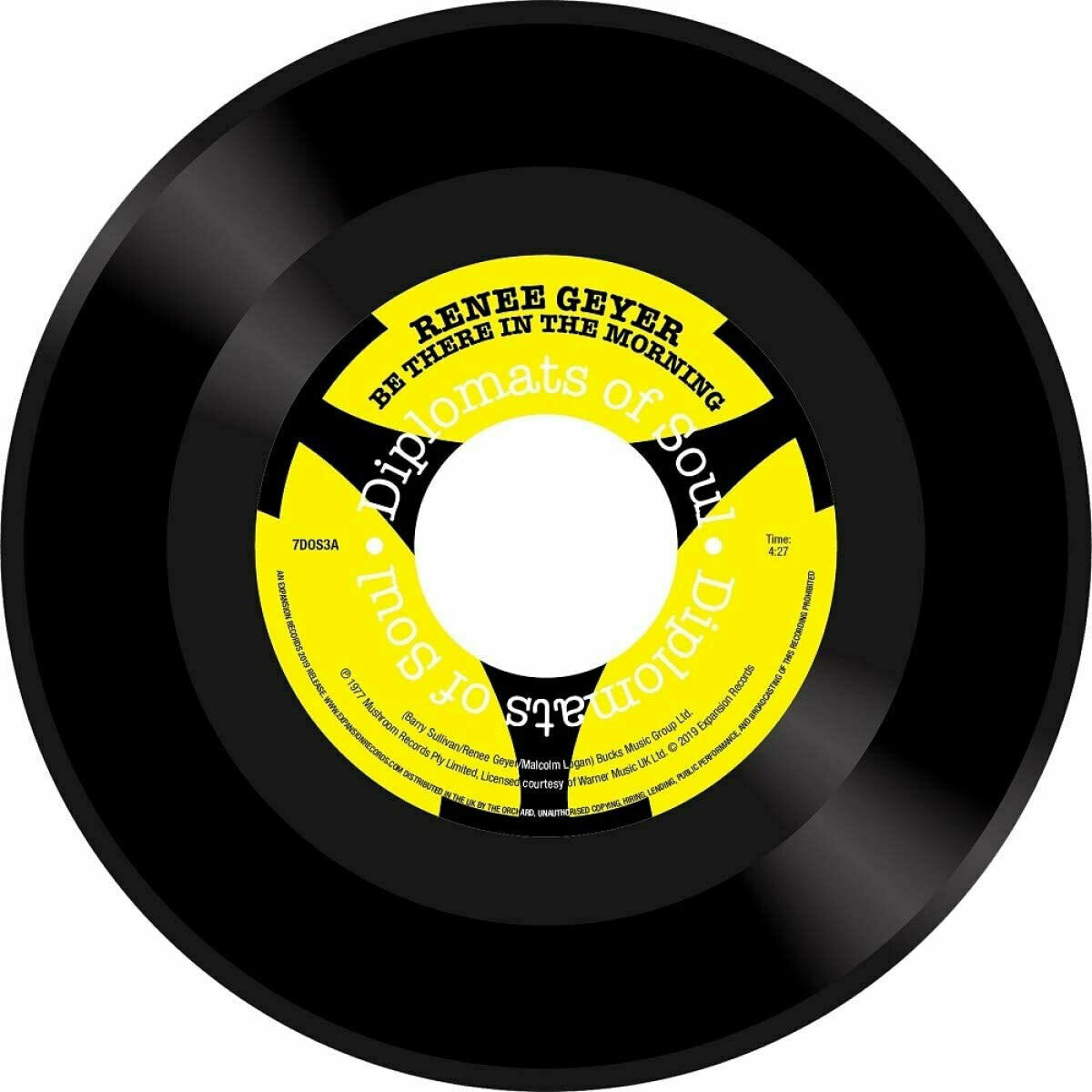 "Be There In The Morning" is such an amazing song Renee Geyer co-wrote she recorded it twice! While the 1976 original is smooth and classy, it's the more upbeat funky 1977 version of the song she sang that's the definitive and re-released here. It was first reissued by Expansion on 2003's "Soul Togetherness" compilation, and the 1979 version of the song recorded by Norman Connors was reissued as a 7" by Expansion in 2016. For this 7" the track has been re-mastered to it's ultimate best and coupled, for the first time on 7", with a superb version of "It Only Happens (When I Look At You), a song best known by Aretha Franklin and also known by Jackie Wilson. The version is a duet with fellow Australian Doug Williams of The Rockmelons.

A1. It Only Happens (When I Look At You)

B1. Be There In The Morning