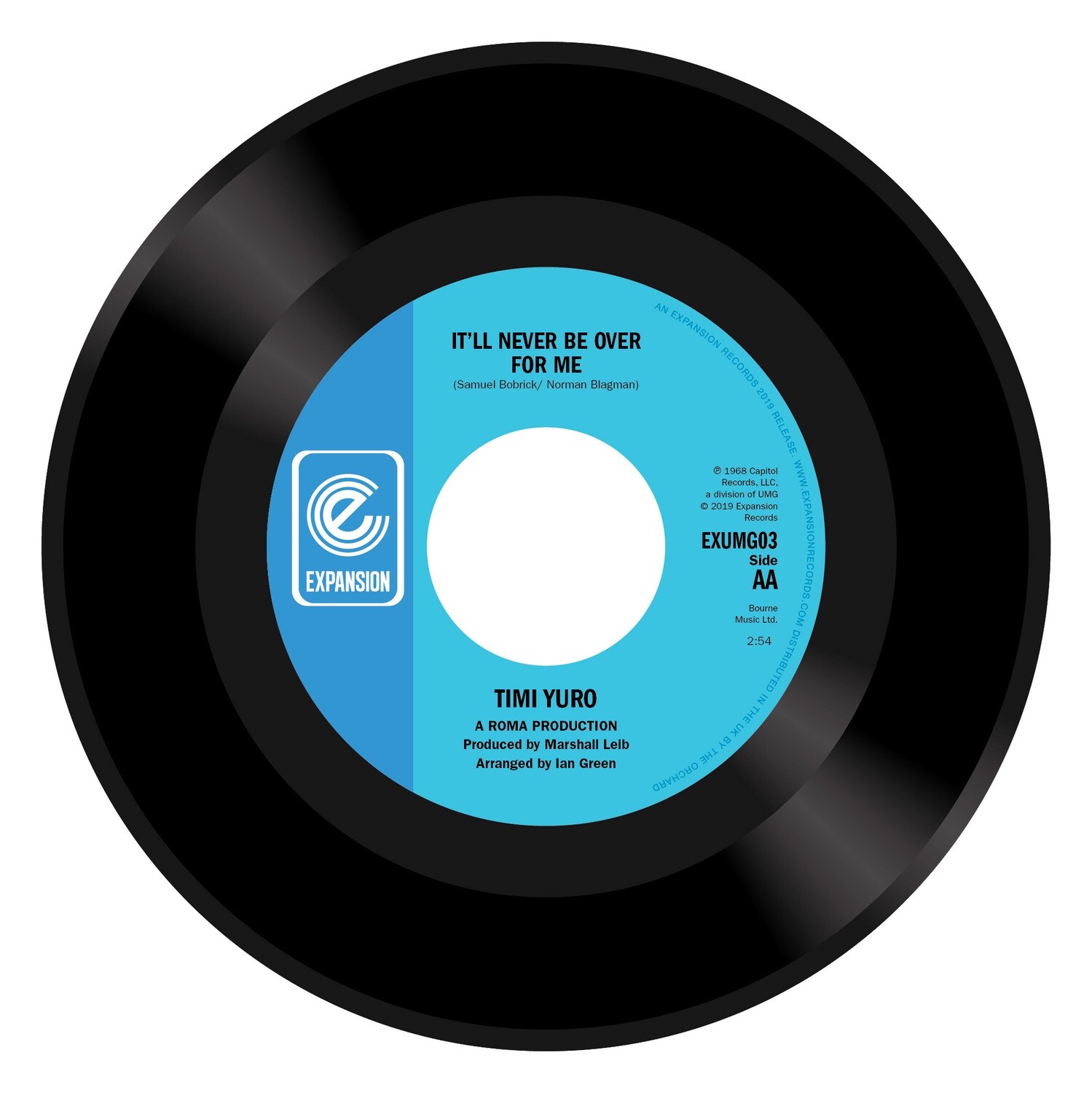 A1. As Long As There Is You

B1. It'll Never Be Over For Me

Timi Yuro was a white female singer with the emotional firepower of an African American soul singer. She was born into an Italian-American family in Chicago. In the 50s the family moved to Los Angeles where after performing in clubs she landed a recording deal with Liberty Records. In 1962 she was invited by Frank Sinatra to support him on tour, and the following year her album 'The Amazing Timi Yuro' was produced by Quincy Jones. Then came the release of the single we have reissued here, "It'll Never be Over For Me" (400,000 hits on Youtube) acknowledged by northern soul fans as among the greatest of the genre. Original copies on Liberty have sold for £2,000. While scaled down her music career to focus on being a mother, she also became Reggie Kray's favourite singer and is referenced in the Kray Twins movie "Legend".