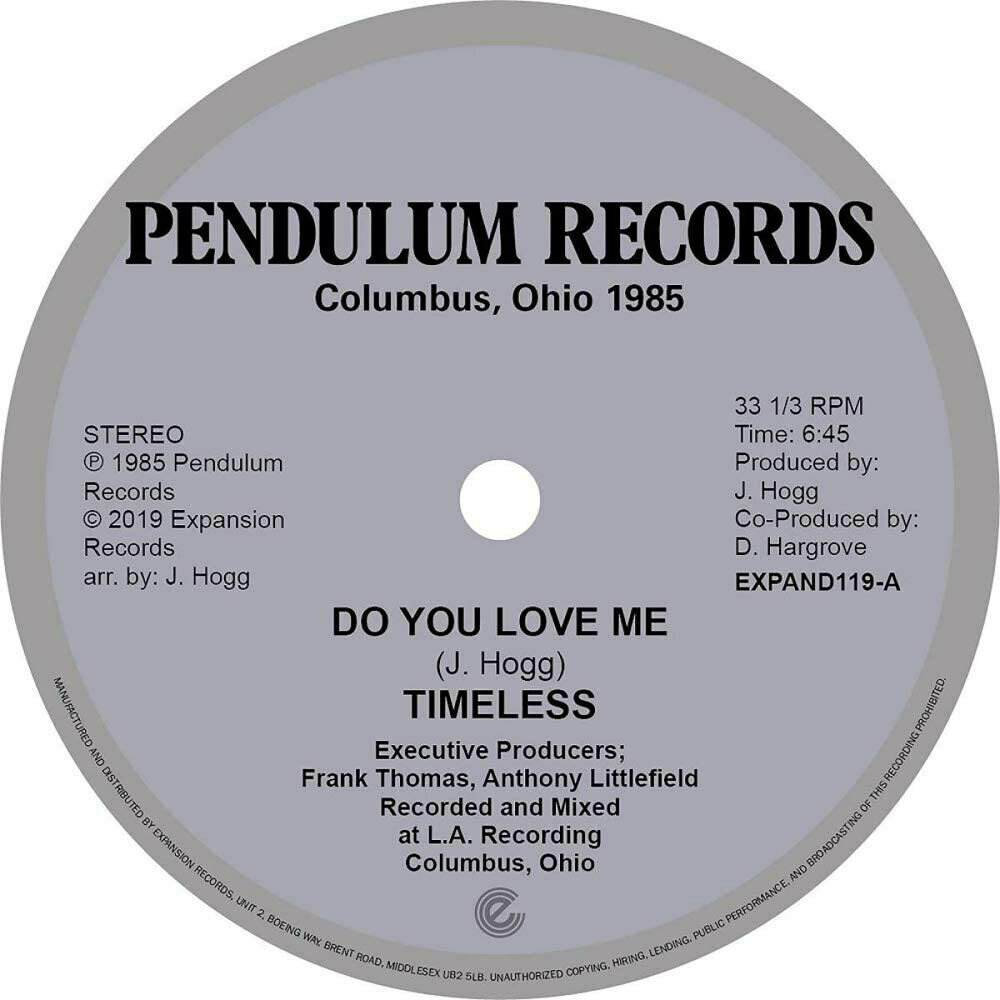 Timeless Legend came from Columbus, Ohio. Their 'Synchronised' album from 1980 is one of the rarest 'rare grooves' and both original copies and the 'northern soul' single "I Was Born To Love You" still sell for over ?1,000 a copy. By 1985 music styles had changed and the group with shortened name Timeless capitalized on the burgeoning boogie scene with the 12" double header we reissue here. Of the two sides "You're The One" has become the most enduring and in demand, again an original reach which has been sold for ?1000 on the collectors scene. The French reissue from 2011 is also extremely sought after. In this edition the release has been restored to how the original first looked and sounded on Pendulum Records artwork from Expansion.