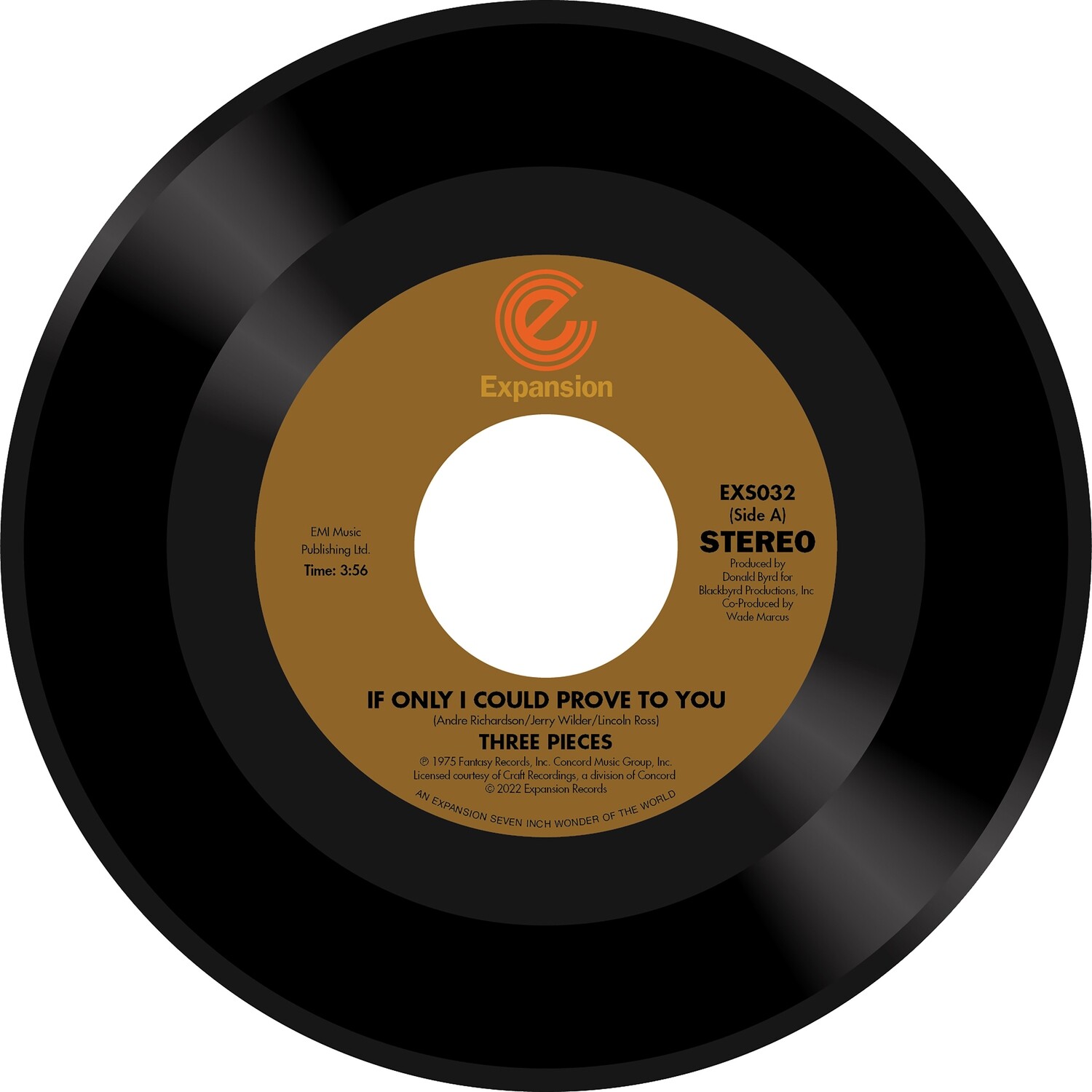 Also known as The Three Pieces and The 3 Pieces, we’ve gone for Three Pieces as this group from Washington, DC originally appeared on the Fantasy label 7” single in 1975. Members are Andre Richardson, Jerry Wilder and Lincoln Ross, both songs here from their one album “Vibes Of Truth” released that same year.

“If Only I Could Prove To You” and “I Need You Girl” are their biggest ‘rare grooves’ across the decades, produced by Donald Byrd at the time he was working with The Blakbyrds at Fantasy.

IF ONLY I COULD PROVE TO YOU

I NEED YOU GIRL