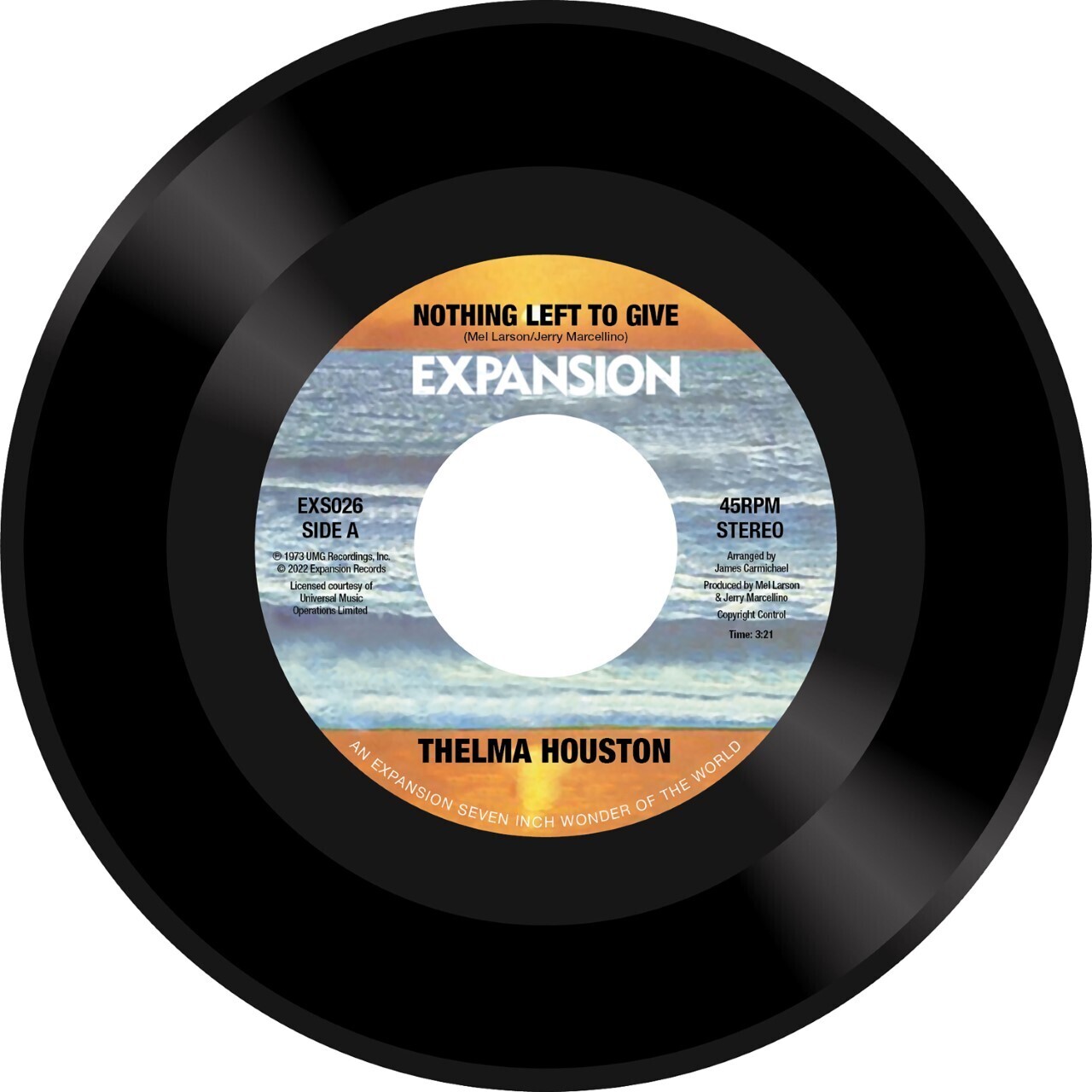 Finally! For the first time on 7” vinyl comes a definitive rare groove from Thelma Houston. Played on the modern soul and two step scenes for years, “Nothing Left To Give” was recorded for the self titled 1972 album for Motown/MoWest, but only featured on the now super-rare 1973 LP, then later on CD.

Thelma is the Motown artist perhaps best known for the hit single “Don’t Leave Me This Way”. Her debut single “Baby Mine” for Capitol Records was released in 1966 and in it’s own right has become much sought after among Northern Soul fans and accompanies this release. Originals exchange hands for over £200.

NOTHING LEFT TO GIVE