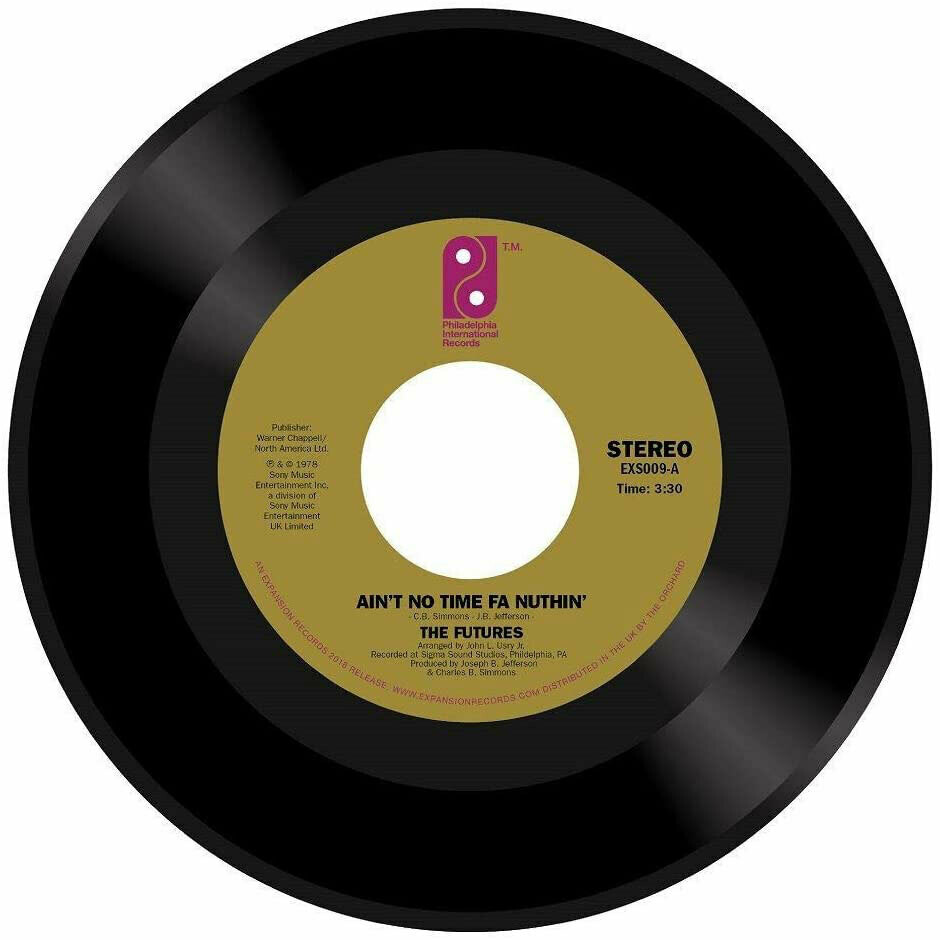 From a golden period of Philly soul comes one of the most classic 'two step' and 'rare groove' releases from the PIR label's group The Futures. "Ain't No Time Fa Something" (also released in error as "Ain't Got Time Fa Nuthin'") remains a timeless spin for DJs, and became rare on 7" since the growth in popularity of the revived format. The track has also been sampled sevent times, first by Jamiroquai in 1994 in "Morning Glory", and most recently Flamingosis in "Cruise Control". The flip of this 7" release "Party Time Man" came from the same period and is both the group's biggest commercial hits and has become a significant revival itself over the last ten years, equally rare on original 7" single.