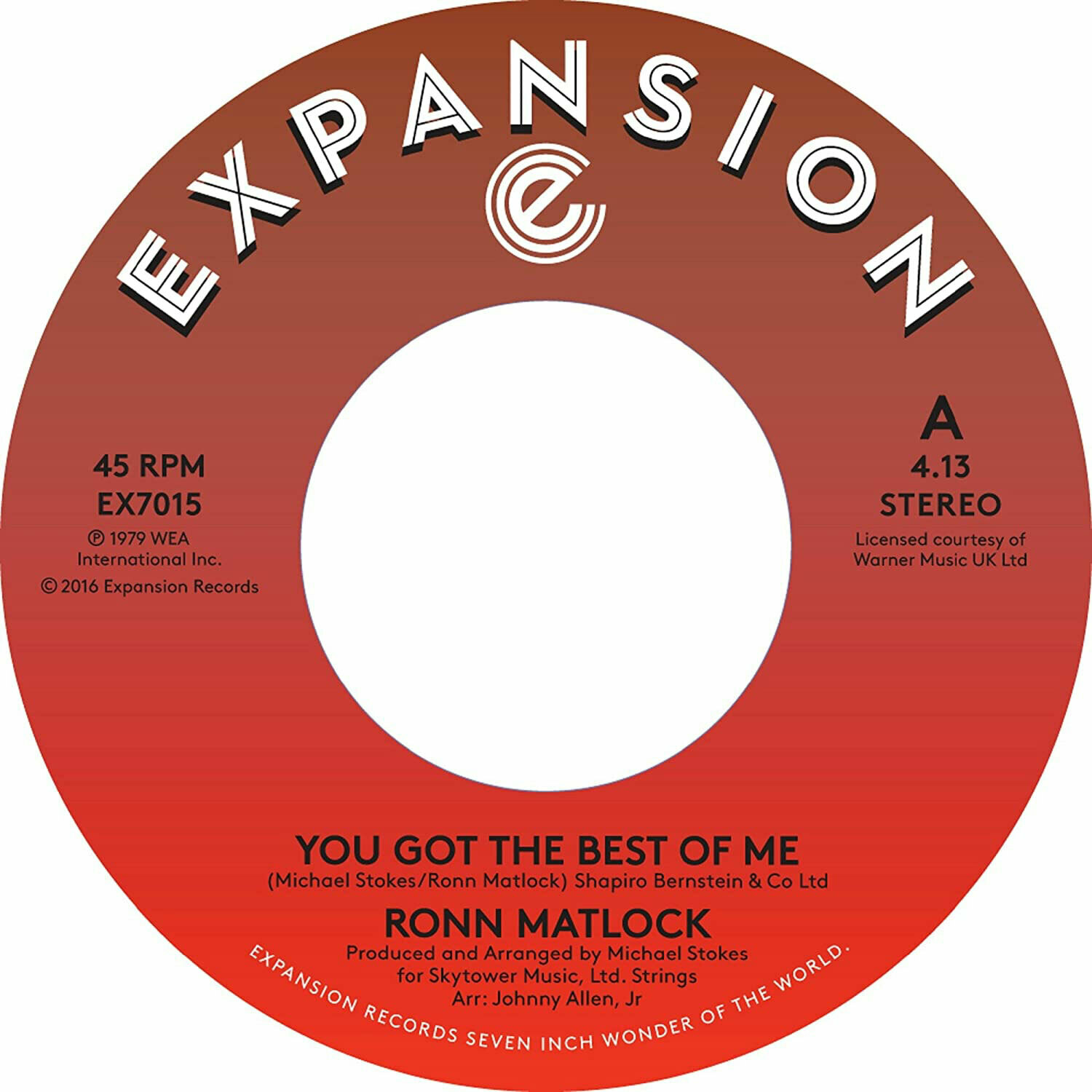 This release combines 'You Got The Best of Me', extremely rare on original 7' single, with 'I Can't Forget About You', never previously released on 7' vinyl. Both songs are Ronn Matlock's best on the 1979 album 'Love City' from Cotillion Records. The vocal style has been described as Teddy Pendergrass meets Barry White while the music is modern soul from a golden period of strings and horns championed by Earth Wind & Fire and equally legendary producer of these two sides, Michael Stokes. Both are dancefloor gems, 'I Can't Forget About You' first acknowledged by Expansion in 1994 on the compilation 'Soul Chasers Vol.2'.

B1. I Can't Forget About You