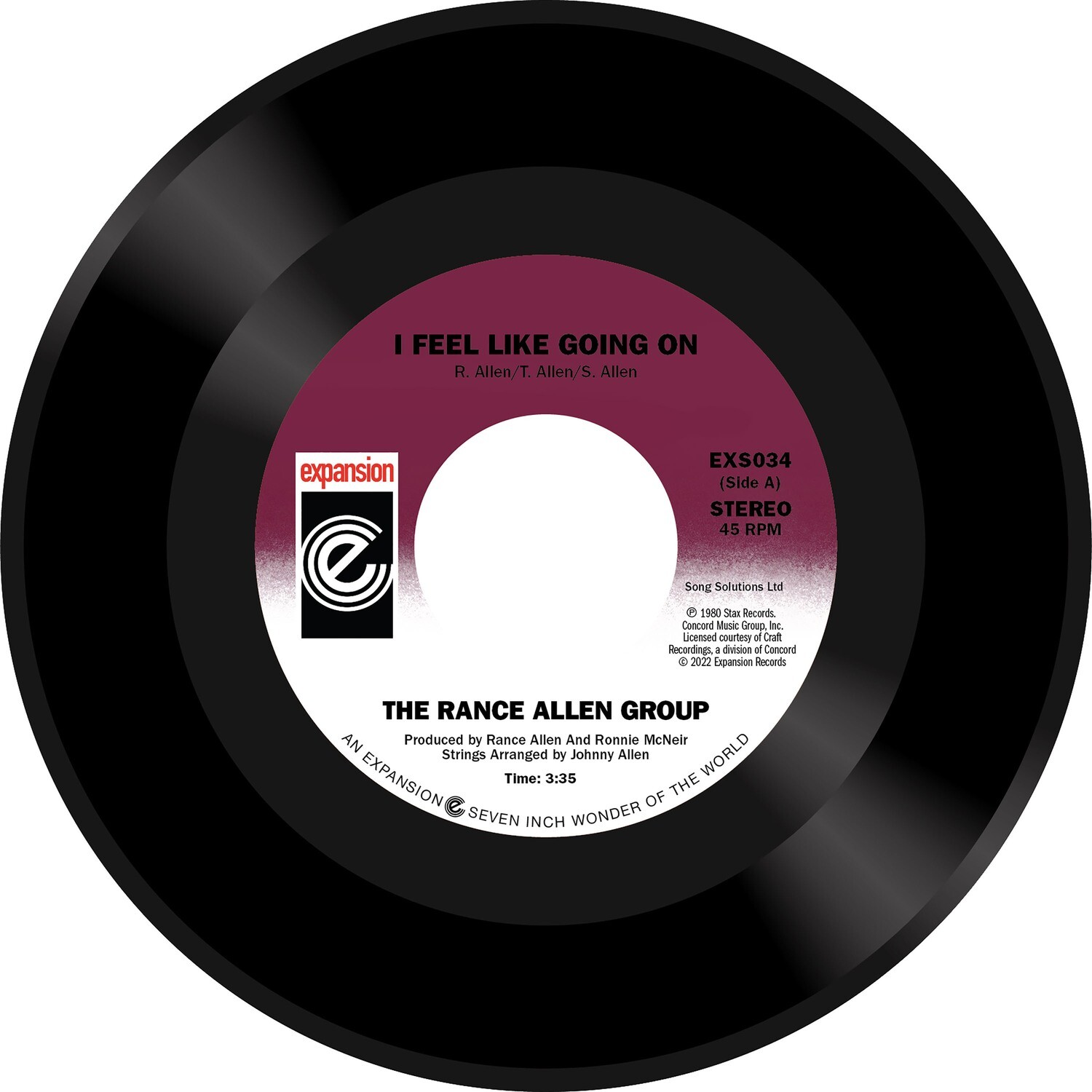 Rance Allen, from Monroe Michigan, with older brother Tom on drums and younger brother Steve on bass recorded their first record and won a talent contest in Detroit and were subsequently signed to Stax’s Gospel Truth label in 1971. After four albums Rance signed to Capitol and made his most highly acclaimed album “Say My Friend”. In 1980 The Rance Allen Group were with Stax Records where they worked on an album with Detroit artist/producer, Expansion artist, and current member of The Four Tops, Ronnie McNeir. Neither of the songs on this songs have previously been available on 7" 45. Both are taken from the album "I Feel Like Going On".