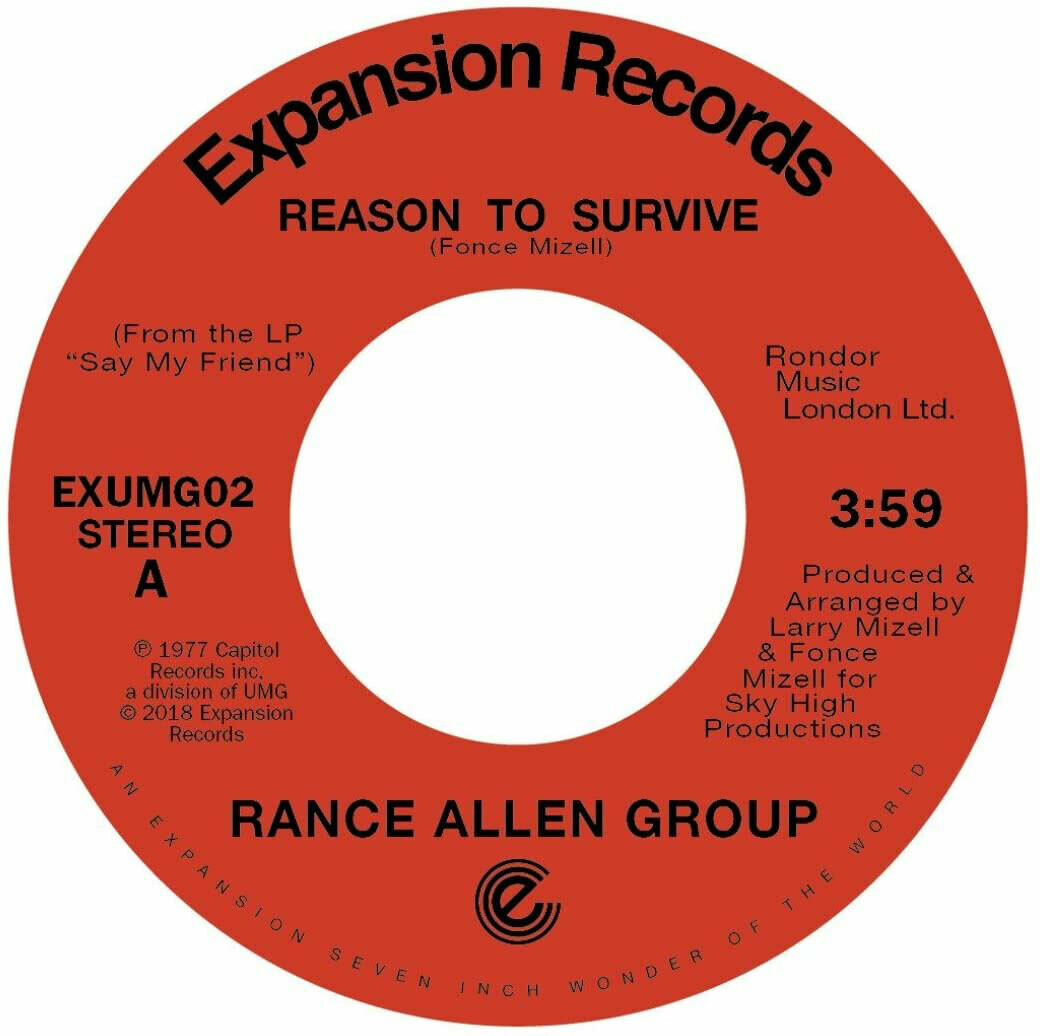 Rance Allen, from Monroe Michigan, with older brother Tom on drums and younger brother Steve on bass recorded their first record and won a talent contest in Detroit and were subsequently signed to Stax's Gospel Truth label in 1971. After four albums Rance signed to Capitol and made his most highly acclaimed album "Say My Friend". It was produced by the Mizell Brothers (responsible for iconic albums on Donald Byrd, Bobbi Humphrey, Gary Bartz and Johnny Hammond). "Reason To Survive" and "Peace Of Mind" were the two singles, and both these 7" versions have been impossible to find. Original copies are expensive and extremely sought after. Expansion can now deliver both A sides back to back remastered from the original tapes in all their glory. The full album is available on CD from Soul Brother Records.

A1. Peace Of Mind

B1. Reason To Survive