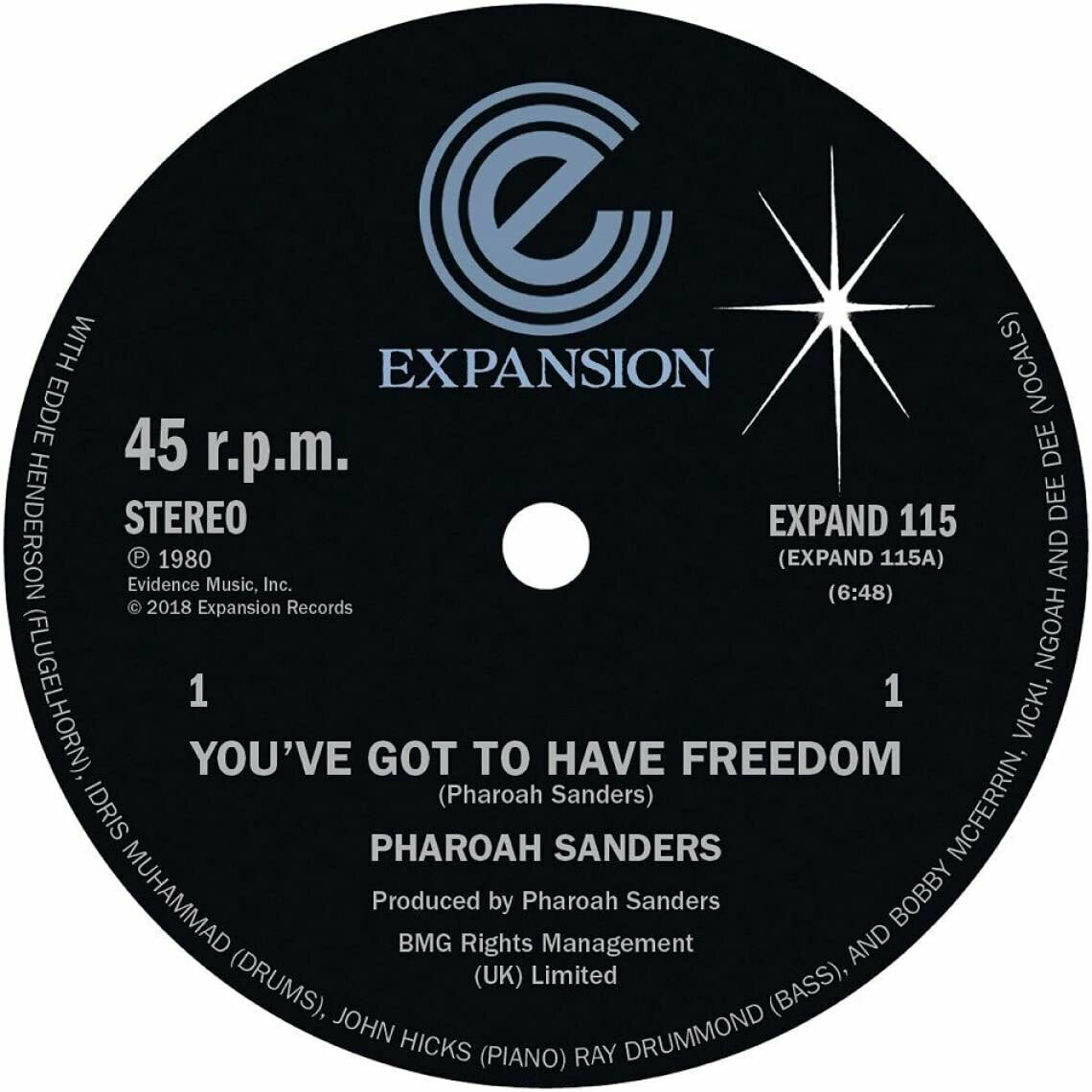 Pharoah Sanders has been described as 'probably the best tenor player in the world', emerging as a star from playing saxophone with John Coltrane in the 1960s. As a solo recording artist he is best loved by fusion fans for the jazz dance classic "You've Got To Have Freedom". It's taken from his 1980 album "Journey To The One" featured here for the first time on the complete side of a 12" single. "Got To Give It Up" is Pharoah's outstanding rendition of the Marvin Gaye classic. It has previously been on 7" but never until now in its full length version on 12" single. It was originally a feature on the 1978 album "Love Will Find A Way" produced by Norman Connors. To have both of these masterful recordings on one 12" single is something special.

A1. You've Got To Have Freedom