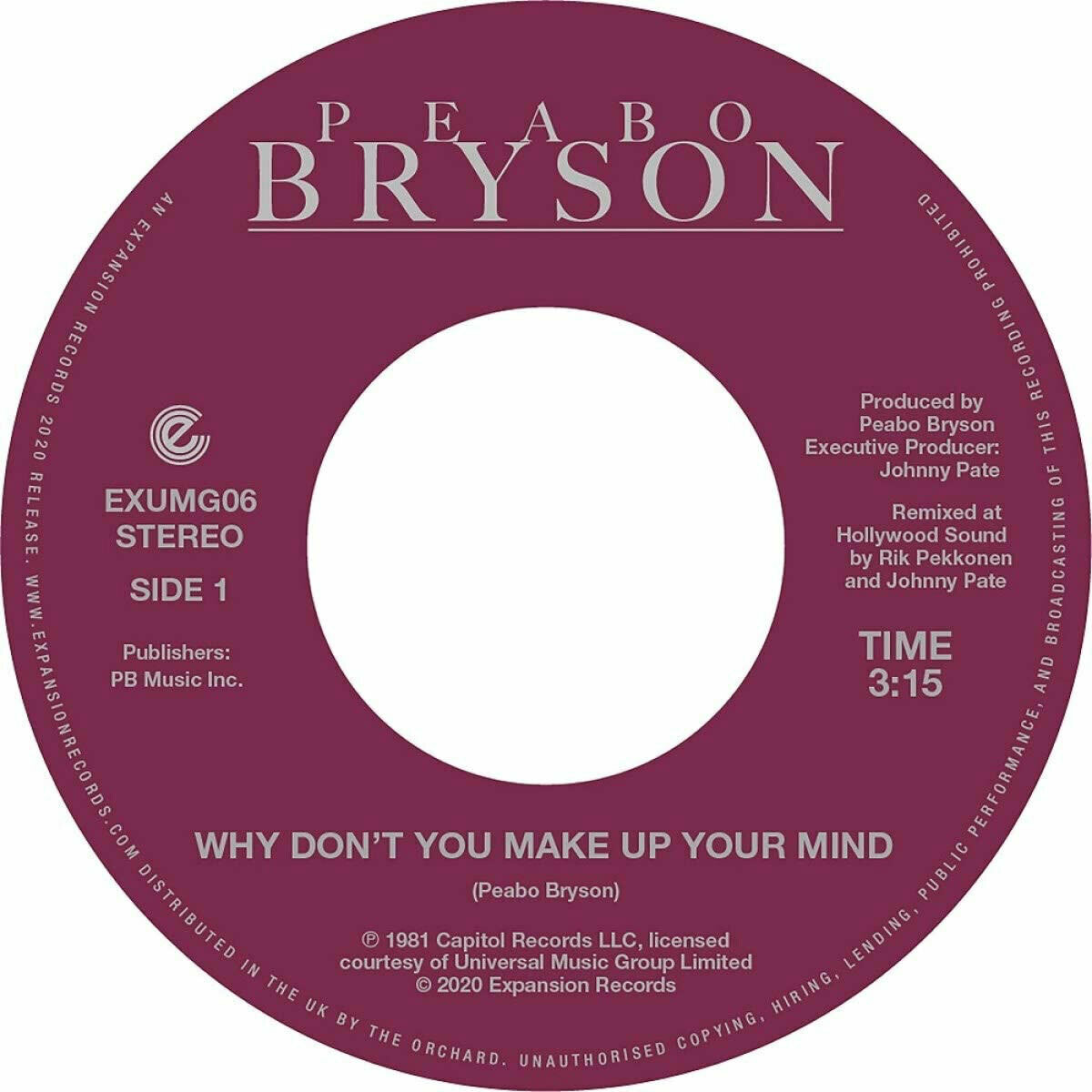 Such is the significance of the this magnificent soul record that the story of the release and Peabo himself takes over a complete page to tell in Richard Searling's book "Setting The Record Straight". What is even more astonishing about the modern soul crossover dance anthem is that it has never previously been released as a 7" single. It was recorded in 1977 but was only ever released later as an album track on "Turn Back The Hands of Time" in 1980.until now, 40 years later. Definitely not one to miss!

A1. Why Don't You Make Up Your Mind