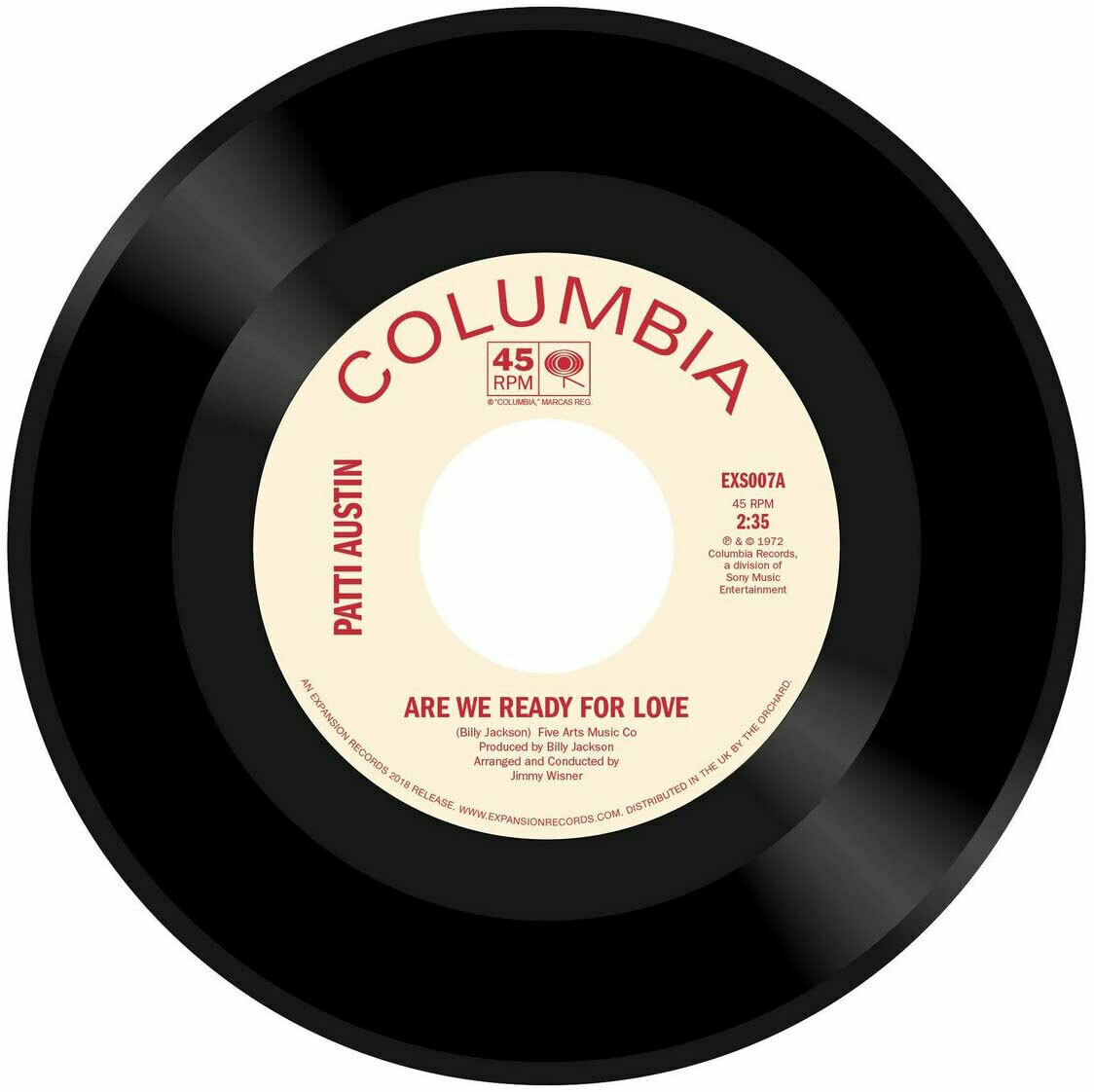 Patti Austin is from Harlem, New York, the goddaughter to Quincy Jones with whom she sang on "The Dude" (including "Razzamatazz"). She has released solo albums since 1976 and won a Grammy for her 2008 release. Her first singles were for the Coral label in the 60s from where she has popularity began with Northern Soul fans. In the early 70s she recorded for Columbia, a period from which the two songs re-released here are her most popular. "Are We Ready For Love" in its own right and "Didn't Say A Word" as a highly regarded rendition of a classic first recorded by Yvonne Baker. Patti is headlined at the Blackpool International Soul Festival in Blackpool