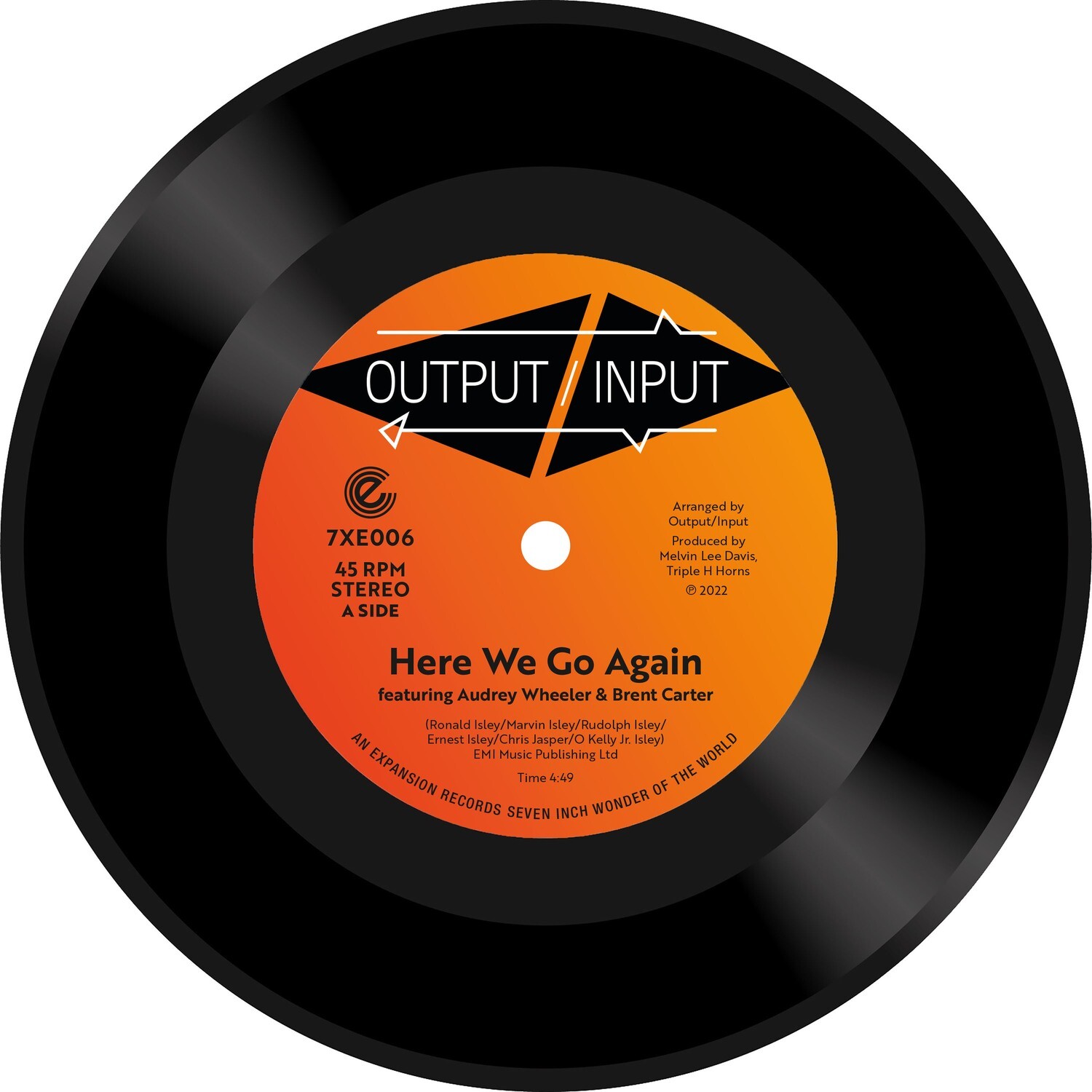 LIMITED EDITION: ONLY 500: “Here We Go Again” is a favourite amongst ardent soul buffs who recognise the Isley Brothers song, faithfully updated for a 21st Century audience. Output/Input was formed during lockdown by Melvin Lee Davis a Californian native and a skilled master bassist, composer, producer, and educator who is in high demand and is also Music Director for the “Queen of Funk” Chaka Khan.

Featured Vocalist (Here We Go Again): Audrey Wheeler: The stunning Audrey Wheeler (wife of Will Downing) started her Music Career in NYC in the early 80’s as one of the lead vocalist with the music group Unlimited Touch, whose hits include “I Hear Music In The Streets” and “Searchin’ To Find The One”. She became one of the most sought after background singers! Audrey currently tours with Chaka Khan and has done so since 1990!!!

Featured Vocalist (Here We Go Again): Brent Carter: Brent Carter is a native New Yorker, and he has been the lead singer for both R&B super bands Tower of Power (TOP) and the Average White Band (AWB) since 1994.

Featured Vocalist (Eye To Eye): Shannon Pearson: Shannon has recorded with the giants of soul and jazz fusion since 2005, most notably George Duke, Jeffrey Osborne, Howard Hewett and Evelyn ‘Champagne’ King. Here she takes on a song first recorded by Rufus with Chaka Khan. An earlier Output / Input version of this recording was released on line, this new ‘Luxury Soul Mix’ moving away from the rock guitar infused original for soul fans.