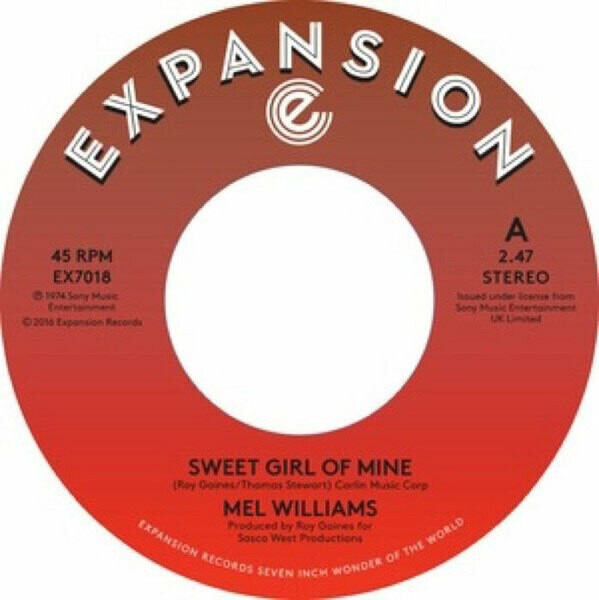 Mel Williams began singing in a bingo hall where his dad worked. He became a popular live performer touring the USA and overseas. As a recording artist he has released singles since 1955. In 1966 he recorded 'Can It Be' for Modern Records and popular among soul fans and then for his one stop at Buddah Records in 1974 came this modern soul masterpiece 'Sweet Girl of Mine'. Expansion release this due to demand that cannot be satisfied by the original, last sold on Discogs for £1,500.

A1. Sweet Girl Of Mine