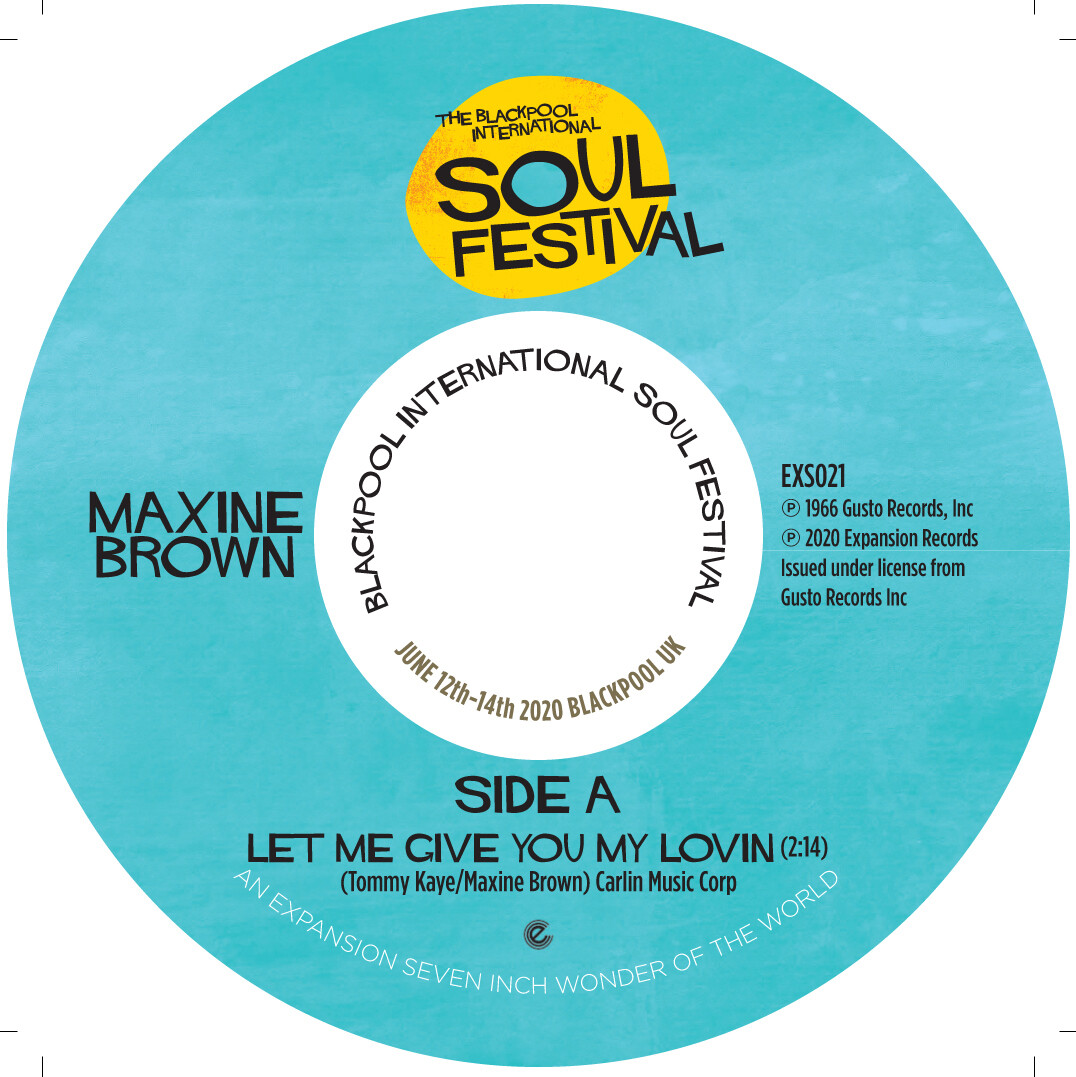 Ahead of the 5th Blackpool International Soul Festival which was going to be in June 2020, Expansion pre-released a re-release from one the participating artists, the amazing Maxine Brown. "Let Me Give You My Lovin'" is one of her most classic songs, originally released on Wand Records in 1966. Original copies are worth over ?100, and her equally significant work "One In A Million" is equally sought after. Maxine recorded prolifically in the 60s and has an exceptional voice that has endeared her to soul/northern soul audiences thereafter. The event is now postponed to 2021, limited edition 'solid centre' versions with the 2020 date available here for a short time only.

A1. One In A Million