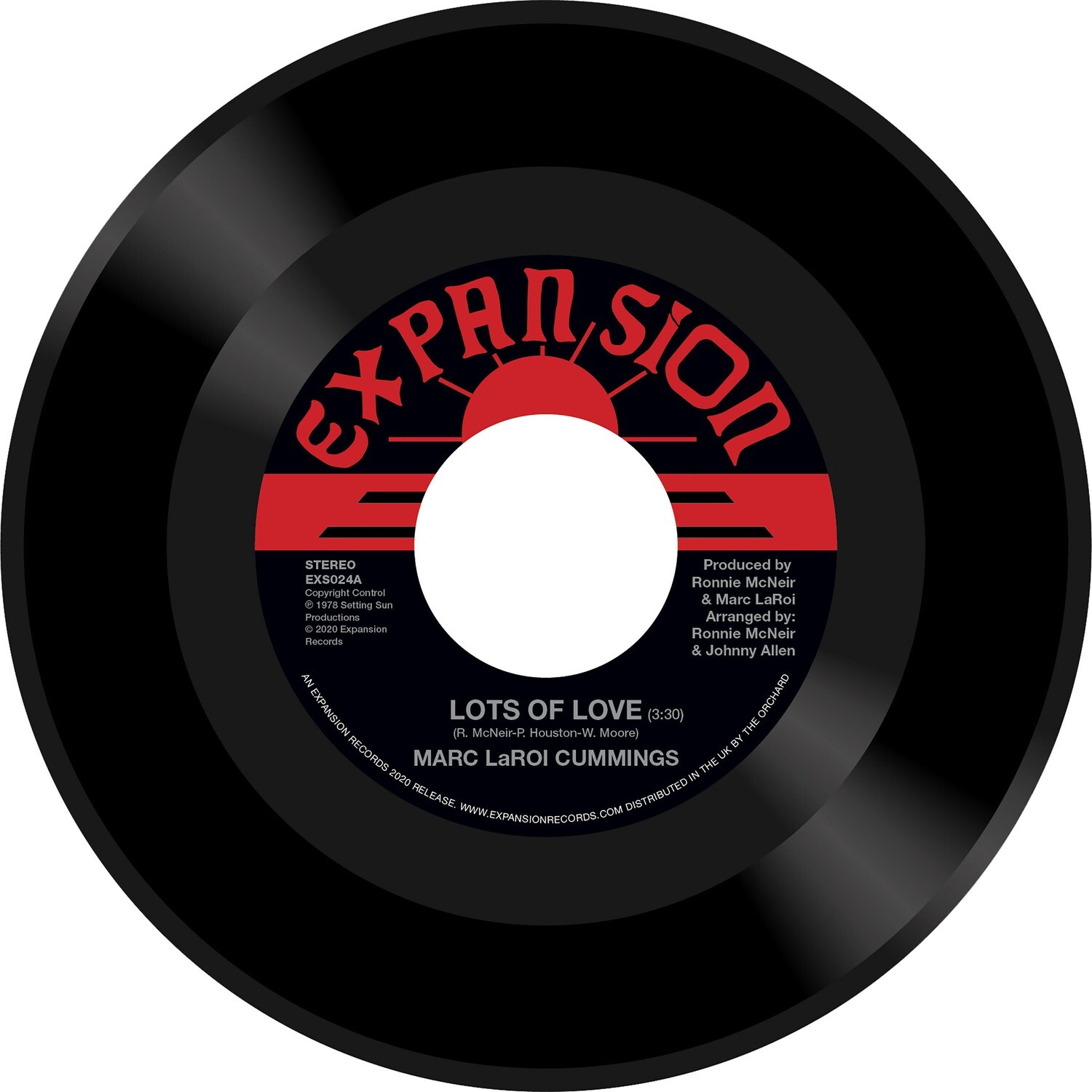 A modern soul double header 7” that has become increasingly in demand is this gem by Marc LaRoi Cummings. Original copies on the Setting Sun label have been exchanging hands for £60-£80 where they have become available. The original label, song writing and production is courtesy of former Motown artist Ronnie McNeir, now a member of The Four Tops, and always of interest to the soul community through the quality of his work on his own releases and for others. It was his first album on Ronnie’s own Setting Sun label from 1985 that became Expansion’s first artist album release, while his label engaged with other artists such as Marc who worked with Ronnie as a backing singer on work with David Ruffin (“Gentleman Ruffin”) and The Four Tops (he co-wrote “Strung Out For Your Love”)