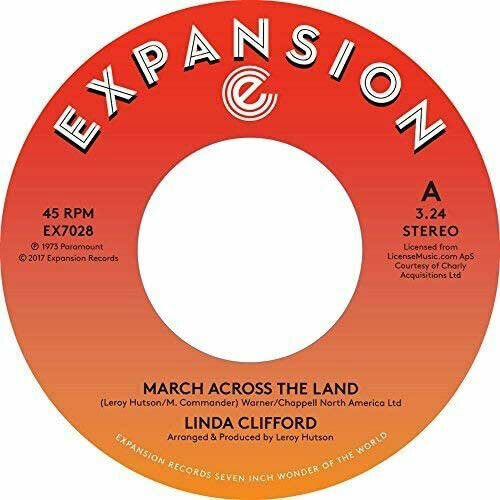 Ahead of Linda Clifford’s return to the UK for live shows comes two connoisseur cuts back to back, arranged and produced by Leroy Hutson. “March Across The Land” first appeared in 1973 on the Paramount label and featured on Expansion’s ‘Soul Festival’ album this year. “Only Fooling Myself” came later in 1977 and has never previously been on 7”. It first appeared on the album ‘Linda’ for Curtom. Both tracks are highly acclaimed and sought after, especially with a pending Leroy Hutson UK Visit and the love for Linda on her evergreen classic “Runnaway Love”.

A1. March Across The Land

B1. Only Fooling Myself