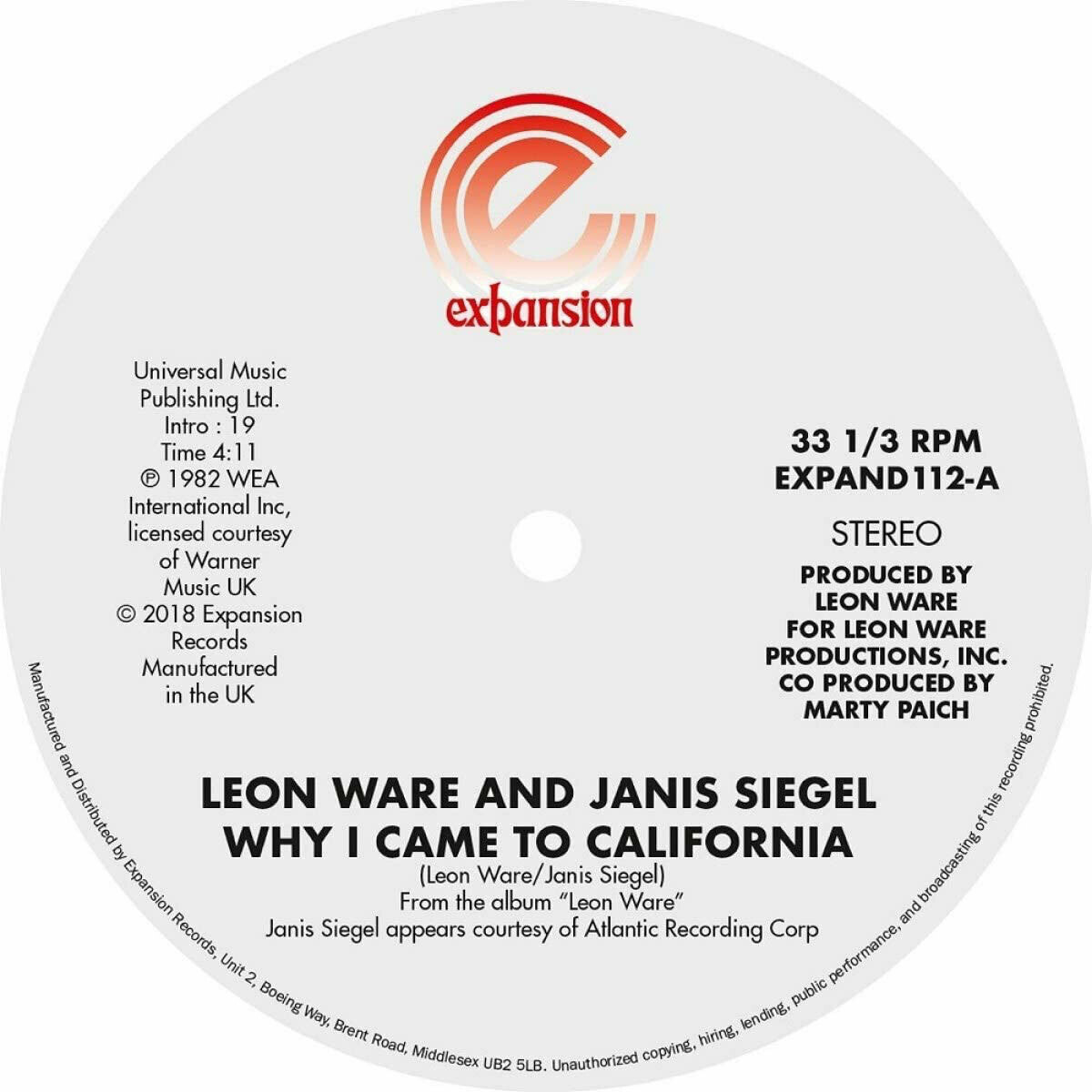 Alongside Expansion's release of Leon's two iconic Elektra albums, back to back on one CD, two super rare 12" tracks are hereby reunited. The first issue of this 12" came in 1982 and was only ever intended to be for promotional use. Original pressings have sold for over ?300. Leon Ware wrote and produced for an impressive array of other artists, most notably Marvin Gaye on "I Want You", and his own work continues to be as in demand as ever. "Why I Came To California" (also on Expansion 7") is one of his signature tracks and features guest co-vocalist Janis Siegel, a nine time Grammy winner and seventeen time Grammy nominee from Brooklyn, New York.

A1. Why I Came To California

B1. Can I Touch You There