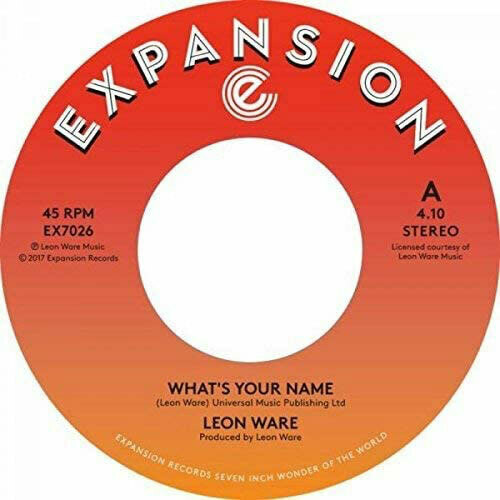 Both these songs from the Leon Ware abum Inside is Love first released in 1979 and later by Expansion on LP and download. Both these songs are moden soul dancefloor fillers, previously both released as singles but not in their full length versions like here. Whats Your Name is also taken from the new Expansion compilation Soul Festival with rare and in demand 70s soul gems. Inside Your Love is Leons own take on a song he wrote for Minnie Ripperton. This is classic Leon Ware from an album just ahead of his two Elektra released that would feature Rockin You Eternally and Why I Came To California (both also now on Expansion 7 back to back).

A1. What's Your Name

B1. Inside Your Love