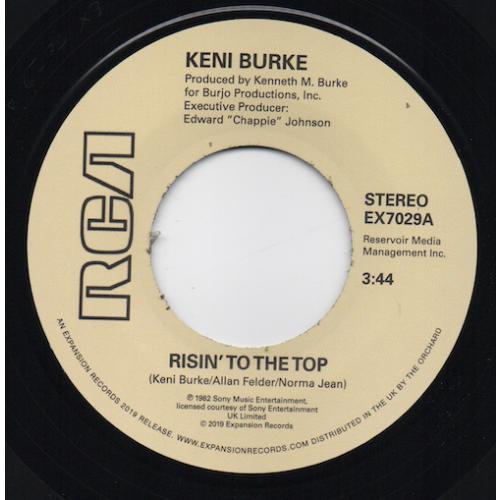 It’s been 35 years since the first release of the iconic track “Risin’ To The Top”, yet the track sounds as timeless as ever. Now Keni is about to embark on a “35th Anniversary Tour” in the UK and will include this song, which has now been sampled by over 80 artists. These include Mary J. Blige, L.L. Cool J, Doug E. Fresh, 50 Cent, and KRS-One. This 7” version is also now extremely rare, original copies exchanging hands at vast sums. Hang Tight also comes from the 1982 ‘Changing’ album, another classic which will be performed as part of the upcoming tour and was the original B-side to the first UK issue of “Risin’ To The Top”.