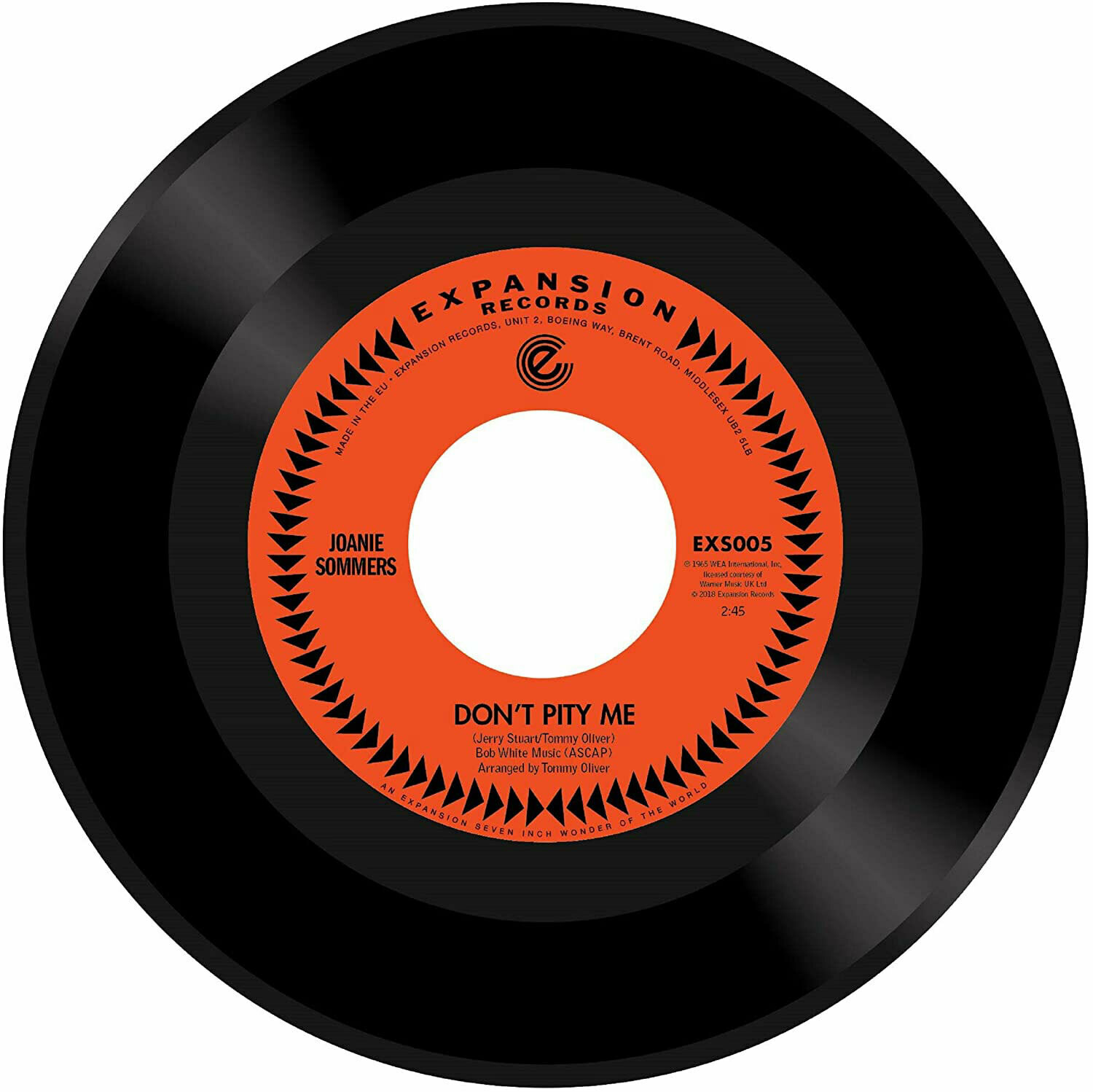 From Buffalo, New York, Joanie was primarily a 60s pop singer and actress who recorded numerous singles for Warner Brothers during that decade. "Don't Pity Me" was recorded and originally released in 1965 and has become her most sought after release. An original has been valued at ?400, a rare clip of the song viewed over 200,000 times on YouTube. It's popularity stems from the Northern Soul scene where in the 70s it was 'covered up' under the artist name Yvonne Daniels. All copies are solid centre.