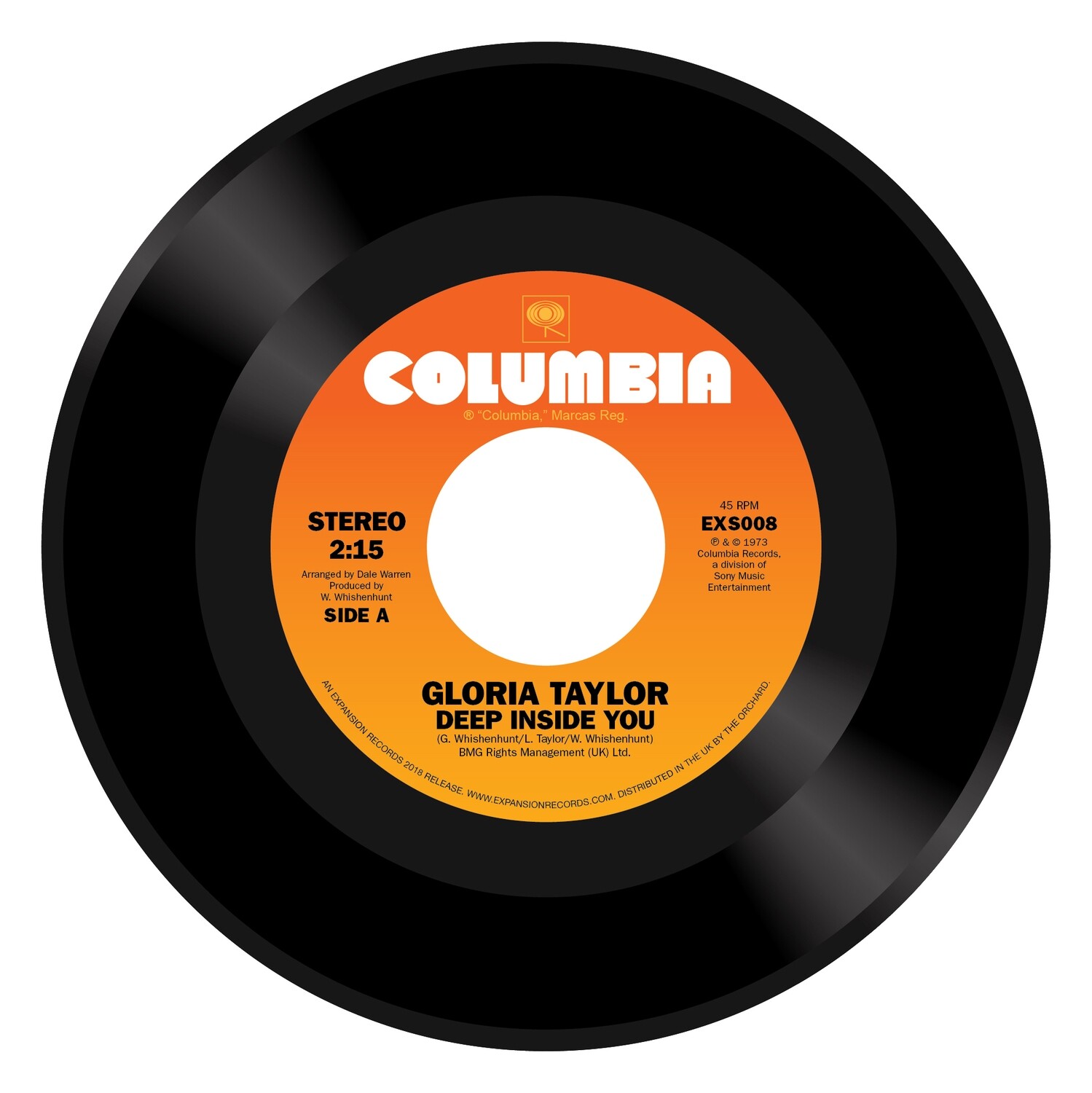 A1. Deep Inside You
B1. World That's Not Real

Gloria Taylor was from Ohio and was discovered by a promoter and production manager for James Brown. They later married. Gloria recorded for King Soul from the late 60s. Her biggest chart record was the Grammy nominated "You Got To Pay The Price" (1969) before a move to California and collaborations with Selector Sound/Columbia Records in the 70s. From these, the two songs presented here have become her most enduring and sought after. They are the most atmospheric and slow burning deep soul cuts and only two on a full Columbia label release. Originals are extremely expensive