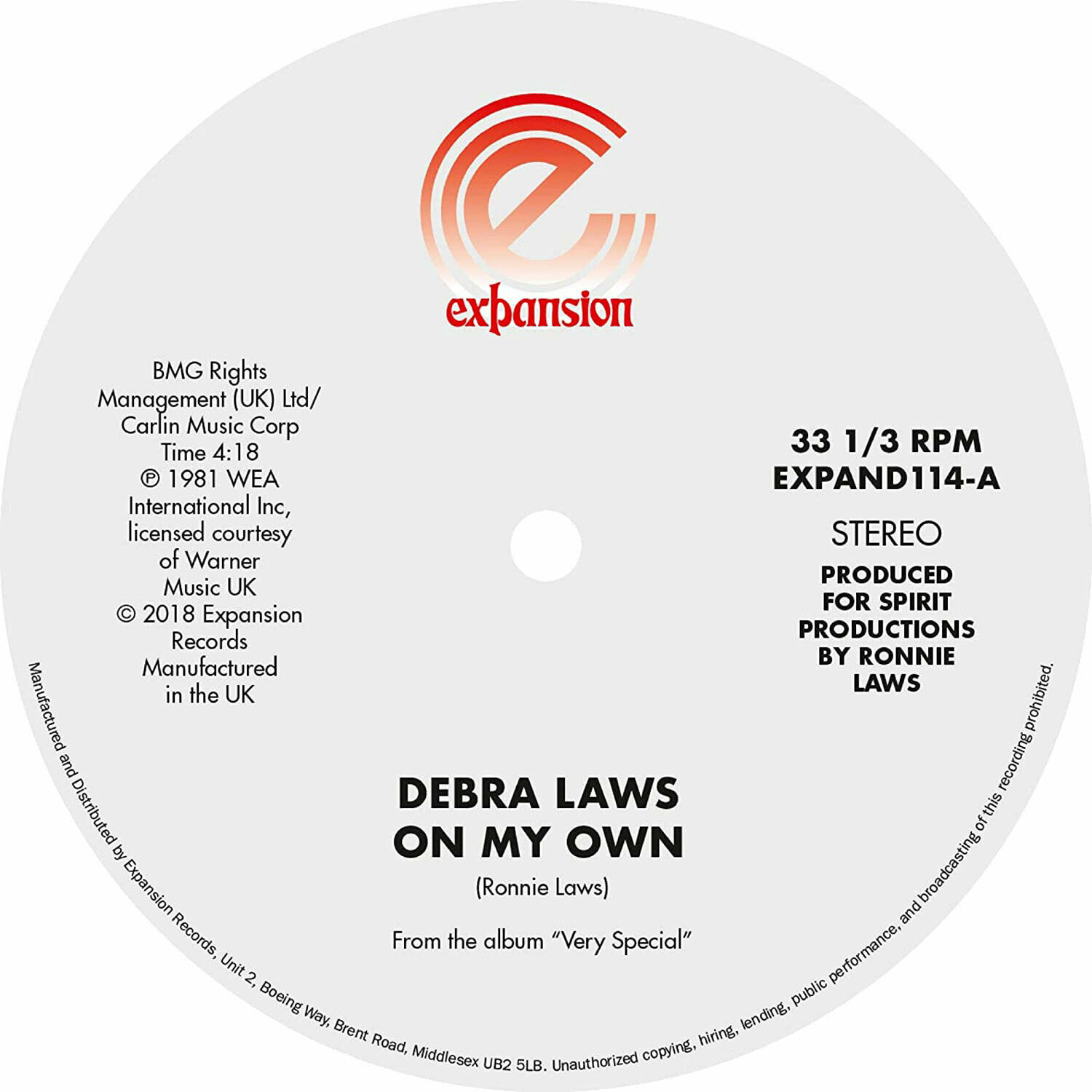 Debra Laws is sister to Ronnie Laws, Hubert Laws and Eloise Laws, all of whom have enjoyed solo success. The family came together in 1981 on Debra's solo album "Very Special" with vocal, musical, songwriting and production contributions alongside other outstanding names of the day. "On My Own" was written and produced by Ronnie Laws who also features on sax. The song was one of the classiest dance floor records of its day and has become sought after again on 12" vinyl. "Very Special" again features Ronnie Laws and features Arthur Adams on guitar. It is co-produced by Hubert Laws, original 12" copies of this exchanging hands for up to ?150. It has been sampled by Jennifer Lopez (featuring LL Cool J), Big Daddy Kane, Mary J. Blige and others. This is the first time both these tracks have been combined on the same 12" release.