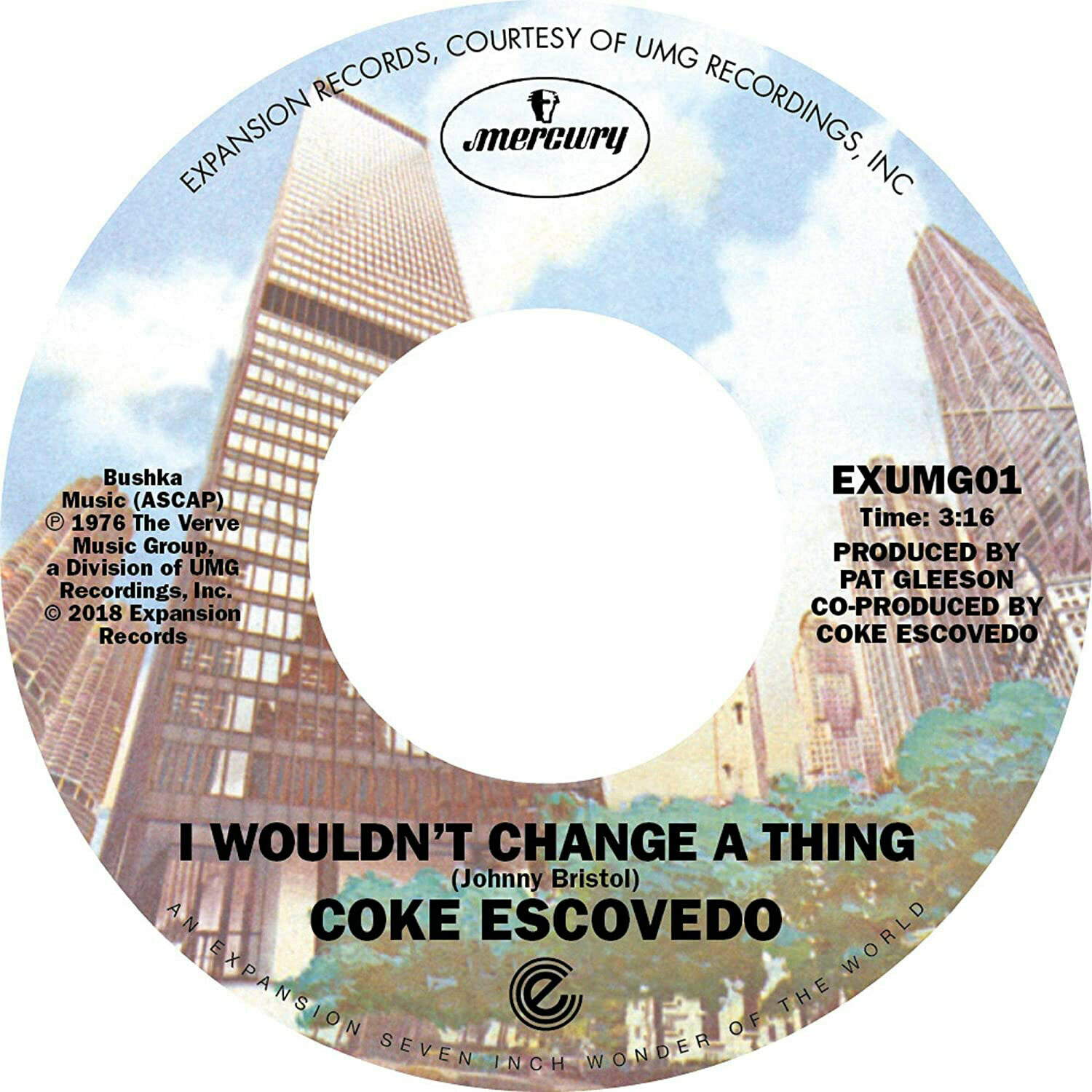 Mexican/American percussionist Coke Escovedo was brother to Pete Escovdeo and uncle to Sheila Escovedo (Sheila E.). He performed live with artists including Santana and Cal Tjader, and recorded three solo albums in the mid-70s for Mercury Records. His version of the Johnny Bristol song "I Wouldn't Change A Thing" (featuring lead singer Errol Knowles) is considered the best, and the most played song from his 1976 album "Comin' At Ya". It has become a modern soul room classic, and copies of the first 7" release twelve years ago now exchange hands for vast sums. An essential reissue. "Rebirth" is another classy track and features the vocals of Linda Tillery.

A1. I Wouldn't Change A Thing