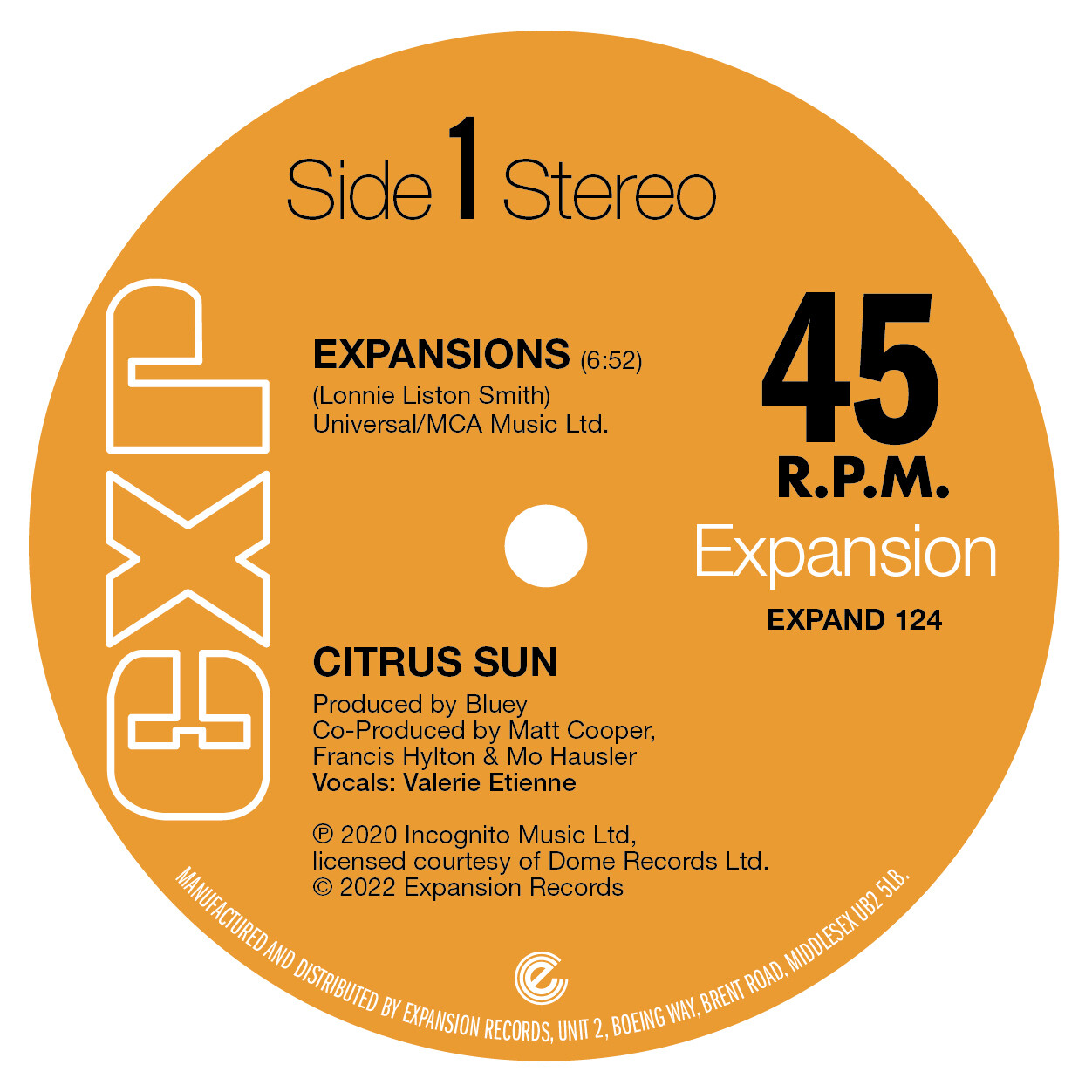 Few musicians would be brave enough to tackle such an iconic jazz funk classic, but the Incognito guys under the guise of Citrus Sun and in the capable hands of their producer, Bluey, have pulled it off. This rendition of the Lonnie Liston Smith masterpiece from 1975 was recorded in 2020 and became the title track of an album, further to which it has brewed on the underground dance scene building an insatiable appetite for a release on 12” vinyl. So here it is in all it’s glory, coupled with an original instrumental jazz funk creation “Hard Boiled”. Grab one while you can. This 12” version comes in straight on the bass line.