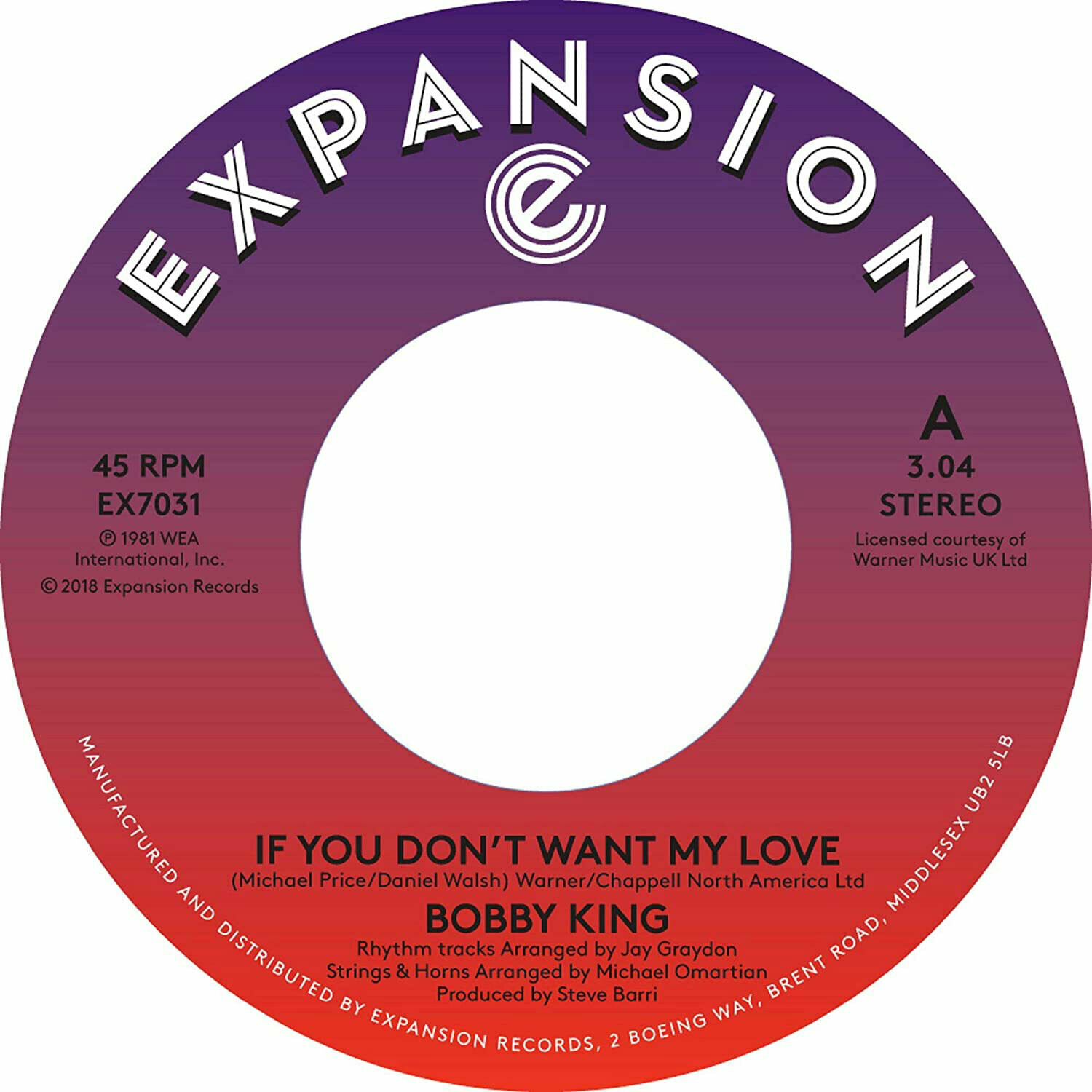 Louisiana Soul singer Bobby King first recorded as a solo artist in 1973 for the Reprise label where he also sang for Ry Cooder. In 1981 he switched to the main Warner Brorthers imprint and recorded what has become for soul fans a most highly regarded self-titled album. "If You Don't Want My Love" became a single, an original pressing for this 'modern' dancefloor record recently onsale for ?300. It is coupled with an exceptuional track from the album "Lovers By Night" not previously available on 7" vinyl.

B1. Lovers By Night