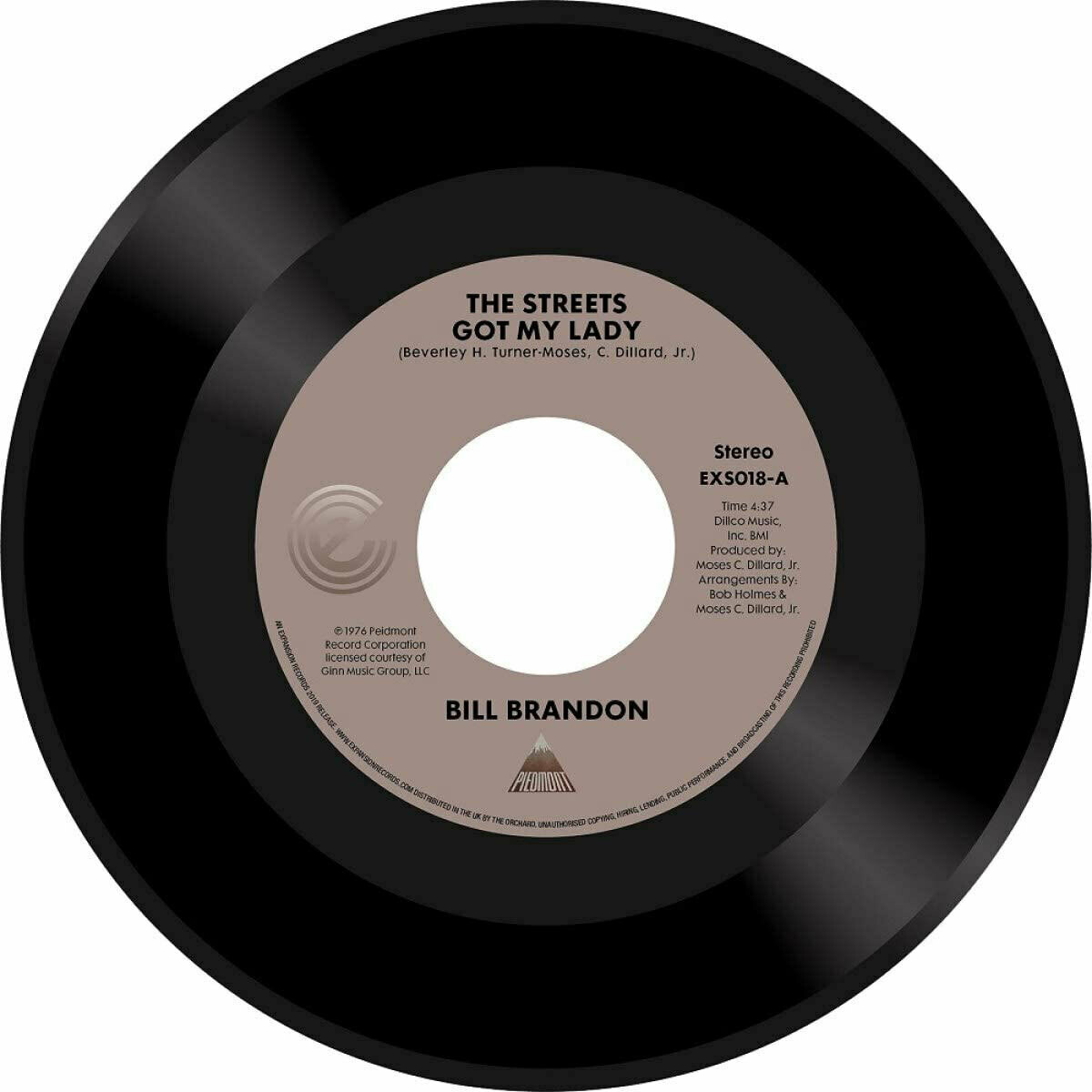 Bill Brandon from Huntsville, Alabama recorded between the late 60s to late 70s, primarily with the Moonsong and Prelude labels. Of the 7"s released, "The Streets Got My Lady" became prolific as an upbeat modern soul gem on his one outing for the Piedmont label, original pressings of this today fetching in excess of ?350. It is (co)-written, arranged and produced by Moses C. Dillard who would take Bill to Prelude Records for his one self-titled album in 1977. Earlier Bill had worked with Sam Dees and Fredrick Knight at Moonsong, along the way recording "Whatever I Am, I'm Yours" which has also become in demand and exchanges hands for over ?250. Hence this release represents both great music and amazing value.

A1. The Streets Got My Lady