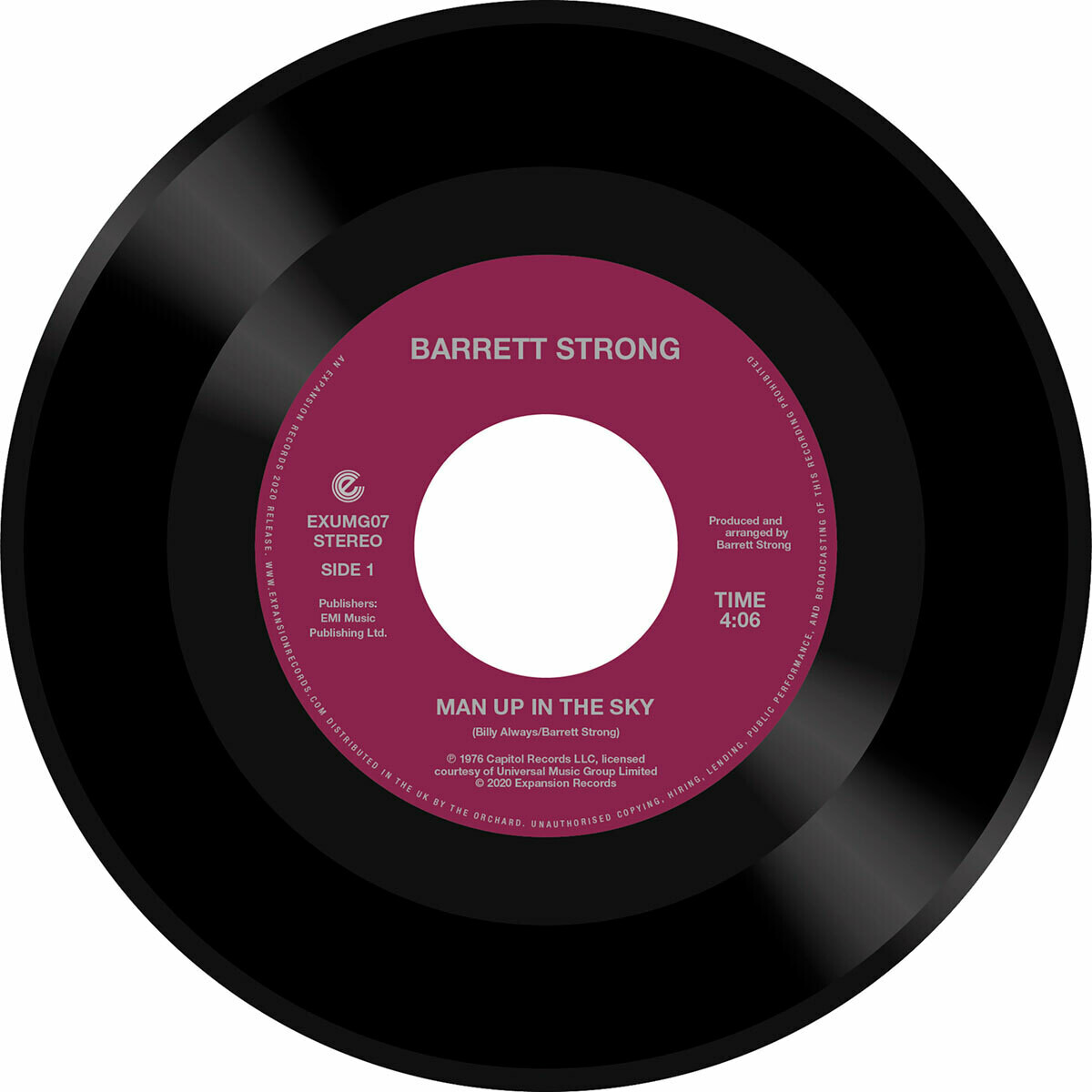 Barrett Strong is known primarily as a hit songwriter at Motown, most notably in collaboration on songs “I Heard It Through The Grapevine” and “Papa Was A Rolling Stone” with Norman Whitfield. His first solo release was in 1959 on Tamla with “Money (That’s What I Want)”, later covered in the 60s by both The Beatles and The Rolling Stones. In the mid 70s Barrett released two solo albums for Capitol Records from which these two sides are taken. “Stronghold” (1975) included the now extremely rare and sought after modern soul dancer “Is It True?”. From “Live And Love” (1976) came the single “Man Up In The Sky”, also now rare on original 45 and later revived through a cover version courtesy of fellow ex-Motown artist Chuck Jackson.